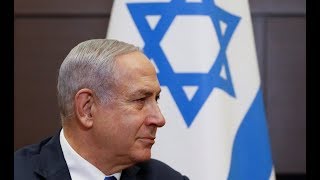 Tunisia is the Middle East's greatest success story, according to the findings of the V-Dem Annual Democracy Report 2019.

One of the world's most regarded annual reports on democracy and good governance, the V-Dem Report is produced by the V-Dem (Varieties of Democracy) Institute at the University of Gothenburg in Sweden.

While Tunisians can be proud of the prospect of democracy in their country, Israelis have little to be proud of. A country that has long prided itself, however misleadingly, of being "the only democracy in the Middle East," has lost the title to Tunisia, a small North-African Arab nation of just over 11 million people.

Understandably, Tunisians might find their overall ranking ahead of well-established democracies less meaningful, considering that the politically unstable country is still undergoing a painful democratic transition. However, considering that the country has registered a sizable improvement in every democratic aspect examined by the V-Dem Report, Tunisia truly deserves the title of "the star pupil of democratization of the past 10 years."

Israel, however, has been, once more, exposed for its charade democracy. Since it was established atop the ruins of the Palestinian homeland, Israel has relentlessly touted its democratic virtues while excluding millions of Palestinian Arabs from any form of democratic participation.

There are 5 million Palestinians living under Israeli military occupation in East Jerusalem, the West Bank and the Gaza Strip. Not only are they denied the right to exercise any form of real democracy, but they are also denied their very freedom of speech, expression, and movement.

Meanwhile, 2 million Palestinian Arabs, who are citizens of Israel, are treated as second or third-class citizens, subjected to numerous discriminatory laws that aim at curtailing their political, cultural, and economic aspirations and rights.

In fact, the institutional racism and fear-mongering against Arab minorities in Israel have been the rallying cry among most of Israel's political parties, whether of the right, center or left. No wonder, then, that Israel has recently received its worst rating ever in the Freedom House's "Freedom in the World 2020" Report.

According to the report, Israel was classified among the world's 25 "declining democracies," which, unsurprisingly, includes the United States as well.

In its report, Freedom House had many harsh words for right-wing Israeli Prime Minister, Benjamin Netanyahu, described as "at the vanguard of nationalistic and chauvinistic populism."

"Netanyahu has taken increasingly drastic steps to maintain the loyalty of far-right groups, entrenching and expanding West Bank settlements at the expense of the moribund Palestinian peace process, banning foreign activists based on their opposition to such policies, and enacting a discriminatory law that reserved the right of self-determination in Israel to the Jewish people," the report stated.

This partly explains the significant drop in Israel's score of six points in the democracy index since 2009, seen by Freedom House as "an unusually large decline for an established democracy".

Here, one is left to ponder why the belated acknowledgment in Israel's undemocratic credentials, despite the fact that Israel would have scored poorly in all indexes of democratic standards at any point in the past.

Certainly, Netanyahu has managed to decimate any Israeli claim to true democracy, thanks to his government's assault on civil liberties and freedoms even within Israel's Jewish constituencies. But was it fair that Israel was still classified as a 'liberal democracy' when millions of Palestinian Arabs and other minority groups were the main and perhaps only victims of Israel's institutional racism and discrimination?

Related Topic(s): Apartheid; Democracy Decay; Exposing Lies Of The Empire; Israel; Israel And Us Relations; Israel Election; Israeli-palestinian; V-dem Report, Add Tags
Add to My Group(s)
Go To Commenting
The views expressed herein are the sole responsibility of the author and do not necessarily reflect those of this website or its editors.