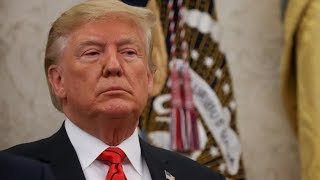 As three committees of the House of Representatives proceeded with the impeachment inquiry of Donald Trump, the president tweeted, "I am coming to the conclusion that what is taking place is not an impeachment, it is a COUP." Encyclopedia Britannica definescoup d'etat as "the sudden, violent overthrow of an existing government by a small group."

On the contrary, Congress is fulfilling its constitutional responsibility to investigate allegations that could constitute impeachable offenses that is, high crimes and misdemeanors. Indeed, during its early history in England, impeachment was called "the most powerful weapon in the political armoury, short of civil war."

Impeachment is mentioned six times in Articles I, II and III of the Constitution. The "sole Power of Impeachment" resides in the House of Representatives. Impeachment is like an indictment. It requires a simple majority of voting House members. The case then moves to the Senate for trial. It takes two-thirds of the senators to convict the president and remove him from office.

In 1974, the House Judiciary Committee staff report for the Nixon impeachment inquiry noted: "The Revolution had been fought against the tyranny of a king and his council, and the framers sought to build in safeguards against executive abuse and usurpations of power."

The grounds for impeachment are not limited to criminal offenses. "Unlike a criminal case," the 1974 Judiciary Committee report says, "the cause for the removal of a President may be based on his entire course of conduct in office. In particular situations, it may be a course of conduct more than individual acts that has a tendency to subvert constitutional government."

Alexander Hamilton characterized impeachable offenses as political, writing in Federalist No. 65 that they "proceed from the misconduct of public men, or, in other words, from the abuse or violation of some public trust. They are of a nature which may with peculiar propriety be denominated POLITICAL, as they relate chiefly to injuries done immediately to the society itself."

There is abundant evidence of abuse of power and obstruction of justice by Trump. Both are impeachable offenses.

Evidence of Abuse of Power

Inspector General of the Intelligence Community Michael Atkinson determined in August that a whistleblower complaint against Trump raised an "urgent concern" and "appears credible."

"In the course of my official duties, I have received information from multiple U.S. Government officials that the President of the United States is using the power of his office to solicit interference from a foreign country in the 2020 U.S. election. This interference includes, among other things, pressuring a foreign country to investigate one of the President's main domestic political rivals. The President's personal lawyer, Mr. Rudolph Giuliani, is a central figure in this effort. Attorney General Barr appears to be involved as well."

Ukrainian President Volodymyr Zelensky had been trying to secure a meeting with Trump. The whistleblower's complaint says "multiple U.S. officials told me that the Ukrainian leadership was led to believe that a meeting or phone call between the President and President Zelensky would depend on whether Zelensky showed willingness to 'play ball' on the issues" Giuliani was raising.

Trump attacked the whistleblower's credibility, tweeting that "its 2ND HAND description of the call is a fraud!" However, the complaint is corroborated by the summary of the July 25, 2019, phone call between Trump and Zelensky.

About a week before that call, Trump had ordered his acting chief of staff, Mick Mulvaney, to delay nearly $400 million in congressionally approved military aid to Ukraine, without explanation.

During the call, Zelensky indicated he wanted to buy Javelin anti-tank missiles from the U.S. Trump then replied, "I would like you to do us a favor though because our country has been through a lot and Ukraine knows a lot about it." After asking Zelensky to look into CrowdStrike (a cybersecurity firm that investigated the 2016 hack of the Democratic National Committee), Trump asked Zelensky to investigate alleged improprieties by presidential candidate Joe Biden and his son in Ukraine. Trump has accused then-Vice President Biden of urging the removal of a corrupt prosecutor to hinder an investigation of a Ukrainian gas company for which Hunter Biden was serving on the board. Biden has been cleared of any wrongdoing by Ukrainian authorities.