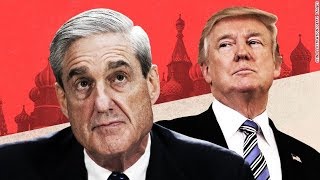 It turns out that since July, Papadopoulos has been serving as a "proactive cooperator." Special counsel Robert Mueller filed a document in federal court that says, "Defendant has indicated that he is willing to cooperate with the government in its ongoing investigation into Russian efforts to interfere in the 2016 presidential election." Papadopoulos was likely wired for sound during conversations with administration officials whom he may implicate in criminal conduct.

But Mueller's opening salvo was just the tip of the iceberg. As the special counsel moves toward criminally charging Donald Trump's former national security adviser Michael T. Flynn and others, even the president could find himself in Mueller's crosshairs.

NBC News reported on November 5 that Mueller has enough evidence to bring criminal charges against Flynn and his son, Michael G. Flynn. Father and son worked together in Flynn Intel Group, a consulting and lobbying group.

Mueller is reportedly investigating Michael T. Flynn for money laundering and lying to federal agents about overseas contacts. The special counsel is also exploring whether Flynn tried to assist in removing a chief rival of Turkish President Recep Tayyip Erdogan from the United States to Turkey in return for the payment of millions of dollars, two officials told NBC News.

Recall that in February, Trump pressured then-FBI Director James Comey to drop the investigation of Flynn. That happened the day after Trump fired Flynn for lying to Vice President Mike Pence about Flynn's contacts with Sergey Kislyak, Russian ambassador to the United States.

According to Comey, the president asked Attorney General Jeff Sessions, Jared Kushner and others to step out of the Oval Office before he requested that Comey drop the "open FBI criminal investigation" of Flynn for "his statements in connection with the Russian contacts, and the contacts themselves."

Two weeks earlier, the president had twice demanded "loyalty" from Comey, who testified that Trump told him, "I need loyalty, I expect loyalty." Pressed by Trump, Comey said he finally assured the president he would get "honest loyalty" from the FBI director.

When Comey didn't halt the investigation of Flynn, Trump fired the FBI director. The next day, Trump boasted to Russian officials in the Oval Office, "I just fired the head of the FBI. He was crazy, a real nut job," adding, "I faced great pressure because of Russia. That's taken off."

The day after boasting to the Russians, Trump told NBC's Lester Holt, "When I decided to just do it [fire Comey], I said to myself ... this Russia thing with Trump and Russia is a made-up story."

"Comey's statement lays out a case against the president that consists of a tidy pattern, beginning with the demand for loyalty, the threat to terminate Comey's job, the repeated requests to turn off the investigation into Flynn and the final infliction of career punishment for failing to succumb to the president's requests, all followed by the president's own concession about his motive. Any experienced prosecutor would see these facts as establishing a prima facie case of obstruction of justice."

Related Topic(s): Donald Trump; Donald Trump Junior; Mueller Investigation; Trump Illegality; Trump Russia Connection, Add Tags
Add to My Group(s)
Go To Commenting
The views expressed herein are the sole responsibility of the author and do not necessarily reflect those of this website or its editors.