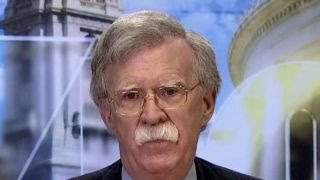 President Trump this week took a surprising turn by emphatically insisting that the US does not want war with Iran, dialing back mounting global fears that the two nations were on the cusp of all-out conflict.

Trump also in the same vein called for the Iranian leadership to enter into diplomatic negotiations.

The latest move by the US president appears to be a stark rebuke to his national security adviser John Bolton, who only last week had threatened Tehran with "unrelenting force" over vague intelligence claims that Iran was about to attack American interests in the Middle East. Bolton had announced the dispatch of an aircraft carrier strike group and nuclear-capable B-52 bombers to the Persian Gulf in a show of muscle-flexing towards Iran.

With subsequent incidents of alleged sabotage against oil tankers in the Gulf as well as Saudi claims of Iran directing drone attacks from Yemen on its petroleum plants, the situation looked like a powder keg ready to explode.

In stepped Donald Trump who reportedly admonished Bolton and Secretary of State Mike Pompeo to tamp down talk of war and regime change in Tehran. Bolton and Pompeo are the most hawkish members of the White House cabinet, who in the recent past have urged air strikes on Iran and vilified the Iranian leadership as a "corrupt dictatorship."

A prefiguring of Trump's belated softening of White House tone was seen with Pompeo's visit to Russia this week. During his meetings with President Vladimir Putin and Foreign Minister Sergei Lavrov, the American diplomat assured that "the US is not fundamentally seeking a war with Iran."

That assurance is a bit hard to take from Pompeo given the relentless hostility from the Trump administration over past year from when the White House scrapped its participation in the 2015 internationally agreed nuclear accord with Iran. The administration has since re-imposed harsh economic sanctions on Tehran with the belligerently stated aim to "reduce Iranian oil exports to zero."

Trump himself has personally piled on the invective towards the Islamic Republic in a way that suggests he would like to see the authorities there toppled. Earlier this year, on the 40th anniversary of the Iranian revolution against a US-backed puppet regime, Trump marked the occasion with rhetoric dripping in disdain. "40 years of corruption, repression and terror," said Trump in a Tweet.

So what's going on in the latest "peace overture" from Trump is not so much a desire to avoid conflict in principle, but more a cynical negotiating tactic of "soft cop-hard cop" routine.

After all, the former real estate mogul is all about unsettling counterparts with rock-bottom aggressive bids, with a view to extract a concession on the final price. Trump used this ploy in dealings with North Korea. Recall how he once threatened Pyongyang with nuclear annihilation, then a few months later was shaking hands with North Korean leader Kim Jung-un and swooning over "beautiful letters" he had received. Admittedly, that Trump gambit has fallen by the wayside somewhat after the US refused to lift sanctions off North Korea and insisted on unilateral nuclear disarmament.

Nevertheless, the Trump style of negotiating is apparent. Aggression followed by expected concession.

Trump is probably quietly sanguine about Bolton's crazed warmongering towards Iran. Hard cop Bolton delivers the aggression in spades and more especially with his psychotic demeanor and Iraq War criminal baggage when he was previously an adviser to President George W. Bush.

Amid heightened global anxiety over another Bolton-induced war, then Trump appears on the scene as the soft cop proffering to dial back the madness, by talking of "no war" and "peaceful diplomacy."

The giveaway is that Trump appended his "no war" appeal with calls for the Iranians to negotiate. It smacks of a sordid quid quo pro. The implication is the president is calling off the dogs of war if Tehran takes his offer to enter into talks.

Related Topic(s): Iran; Iran Treaty; John Bolton Warmonger; Sanctions; Trump And Bolton, Add Tags
Add to My Group(s)
Go To Commenting
The views expressed herein are the sole responsibility of the author and do not necessarily reflect those of this website or its editors.