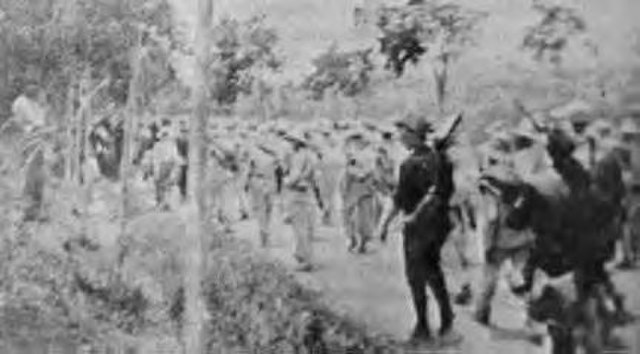 The Goldwater-Nichols Act requires the president to submit a "National Security Strategy" report each year. Every president since Ronald Reagan has failed to comply with the law in one or more years of his administration, but on December 17 Donald Trump issued his report.

Unfortunately, Trump's offering is of a piece with his prior displays of economic illiteracy and foreign policy jingoism. It's a dog's breakfast of policy pronouncements that couldn't be more opposed to real "national security" if that had been the author's intention.

The document reiterates Trump's commitment to economic protectionism in the guise of "fair and reciprocal" trade, rattles sabers at Russia, China, and North Korea, and commits to extending decades of disastrous US military adventurism in the Middle East.

Trump's distant predecessors showed us what a real "National Security Strategy" would look like.

At the end of his two terms as president, George Washington warned in his farewell address that "[t]he great rule of conduct for us, in regard to foreign nations, is in extending our commercial relations, to have with them as little political connection as possible."

Thomas Jefferson echoed that sentiment in his first inaugural address, announcing a doctrine of "peace, commerce, and honest friendship with all nations -- entangling alliances with none."

While serving as US Secretary of State, future president John Quincy Adams observed that America "goes not abroad in search of monsters to destroy. She is the well-wisher to the freedom and independence of all. She is the champion and vindicator only of her own."

A real "National Security Strategy" comes down to two things: Free trade, and minding our own business.

Early in his presidential campaign, Trump hinted at the latter, but quickly reverted to business as usual. He's clearly never grasped the former at all. Unfortunate, as the two are also the elements of a great presidency, if such a thing is even possible.

Related Topic(s): National Security Strategy; Trump Foreign Policy, Add Tags
Add to My Group(s)
Go To Commenting
The views expressed herein are the sole responsibility of the author and do not necessarily reflect those of this website or its editors.