Industry-friendly regulators are letting chemical companies flood the country with toxins. It should be a scandal. 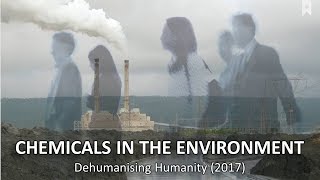 This January, President Trump claimed credit for new figures from the American Cancer Society showing "the sharpest one-year drop in cancer death rate ever recorded" between 2016 and 2017.

The society politely pointed out that the Trump administration had nothing to do with this encouraging decline. The new numbers, chief Gary Reedy explained, "reflect prevention, early detection, and treatment advances that occurred in prior years."

Media outlets rushed to relate this latest Trump Twitter flap. But this story doesn't deserve to end there. Something is shaking on the cancer front that needs our full attention.

The Trump White House has packed the Environmental Protection Agency's top echelons with free-market fundamentalists who've set about "freeing" chemical companies from regulations designed to limit the presence of cancer-causing chemicals in our nation's air, water, and soil.

These appointees, Lerner's reporting documents, are working hand in glove with chemical manufacturers, which have spent $1.4 billion on lobbying over the past dozen years.

Those lobbying dollars paid off. Chemical companies now have their pals running the regulatory show and more Americans, as a result, will find themselves fighting cancer.

Dow Chemical a huge ethylene oxide producer pushed back. Now, the Trump EPA's political appointees are abandoning the standards their own scientists are seeking.

This is "only one of the changes made under the Trump administration," notes Lerner, "that promise to weaken protections for Americans' health, many of which were intended specifically to stave off cancers."

Related Topic(s): Cancer; Danger; Risk; Scientists; Toxins; Trump Executive Order Gutting Epa Committees, Add Tags
Add to My Group(s)
Go To Commenting
The views expressed herein are the sole responsibility of the author and do not necessarily reflect those of this website or its editors.