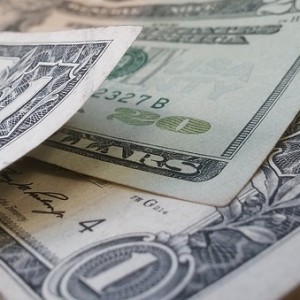 Given his history of promoting racism, xenophobia, sexism and his recently exposed boasts about sexual assaults, not many people want to be associated with Donald Trump. However, that doesn't mean everything that comes out of his mouth is wrong.

In the debate on Sunday Donald Trump made a comment to the effect that because of Nafta and other trade deals, "we lost our jobs." The NYT was quick to say this was wrong.

"Employment in the United States has increased steadily over the last seven years, one of the longest periods of economic growth in American history. There are about 10 million more working Americans today than when President Obama took office.

"David Autor, an economist at M.I.T., estimated in a famous paper that increased trade with China did eliminate roughly one million factory jobs in the United States between 2000 and 2007. However, an important implication of his findings is that such job losses largely ended almost a decade ago.

"The Congressional Research Service concluded in 2015 that the 'net overall effect of Nafta on the U.S. economy appears to have been relatively modest.'"

There are a few things to sort out here. First, the basic point in the first paragraph is absolutely true, although it's not clear that it's relevant to the trade debate. The United States economy typically grows and adds jobs, around 1.6 million a year for the last quarter century. So any claim that trade has kept the U.S. from creating jobs is absurd on its face. The actual issue is the rate of job creation and the quality of the jobs.

Here there are three issues to consider.

1) The direct job loss -- the jobs that were displaced due to imports substituting for domestically produced goods and services;

2) The wage effects -- the downward pressure on the wages of workers that retain their jobs that can result from job loss and also the threat of job loss;

3) The impact of a trade deficit on the level of demand in the economy.

Taking these in turn we now have some pretty solid evidence on some of the job loss attributable to trade. David Autor's work found that imports from China cost the economy more than two million jobs in the years from 2000-2007.

"Estimates of the net impact of aggregate demand and reallocation effects imply that import growth from China between 1999 and 2011 led to an employment reduction of 2.4 million workers." (page 29).

Dr. Dean Baker is a macroeconomist and Co-Director of the Center for Economic and Policy Research in Washington, D.C. He previously worked as a senior economist at the Economic Policy Institute and an assistant professor at Bucknell University. (more...)
Related Topic(s): Deficit; Economy; Exports; Imports; Jobs; Trade, Add Tags
Add to My Group(s)
Go To Commenting
The views expressed herein are the sole responsibility of the author and do not necessarily reflect those of this website or its editors.