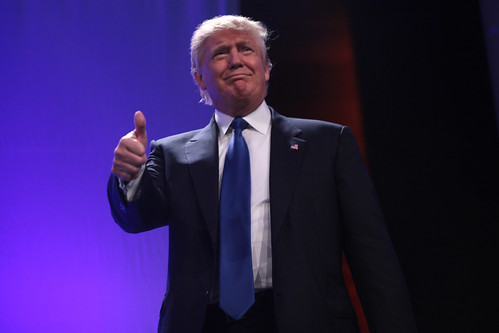 With today's inauguration, supporters of Donald Trump have high hopes that he is going to "make America great again," which was his signature slogan during his presidential campaign.

Forgive me for raining on Trump's inaugural parade but it just ain't going to happen. Trump is not going to make America great again. He's going to do the exact opposite.

There is a simple reason for this. Trump, like most other conservatives, is a big-government man. Like his fellow conservatives, he firmly believes in both the welfare state and the warfare state.

Like other conservatives, he wants to save Social Security. He wants to preserve Medicare and Medicaid. He believes in farm subsidies, education grants, public works projects, foreign aid, and other aspects of the welfare state.

By the same token, like most other conservatives he believes in a giant and powerful military, the CIA, and the NSA. Oh sure, he might be disputing with the CIA over whether to continue Cold War II with the Russians, but the fact is that Trump has the decades-old, conservative Cold War mindset that a big and powerful national-security state is the key to a nation's greatness.

Wow! National greatness through military exaltation and military parades. Just like the Soviet Union. And Nazi Germany. Check this out. And this too. Or this one-minute video, which is from Fascist Italy under Mussolini -- check out the military children marching and also those young Italian women marching as a sign of how great Mussolini had made Italy. Or see this 10-1/2 minute video of Hitler watching a grand and glorious military parade in Rome. It's all enough to make any self-respecting conservative beam with pride.

There is just one big problem with Trump's plan to make America great again: Big government, which is what brings countries down rather than lift them up. The big spending, the constant wars, the socialism, the regulation, the interventionism, the taxation, and the inflation ultimately cause a country to implode. The whole scheme ultimately caves in on itself, pulling everyone down into the vortex in the process.

That's because when a nation has a big and powerful government, it also has a weak, submissive, compliant citizenry. Big government oppresses and suppresses people. It's a gigantic tic sucking the lifeblood out of the private sector. Big government equals little people.

Trump and his fellow conservatives have it all wrong. As America's Founding Fathers understood so well, a great nation is one that that has a very small and weak government with very limited powers. That necessarily means no welfare state and no warfa state. No Social Security. No Medicare and Medicaid. No foreign aid. No farm subsidies. No other welfare. No Pentagon. No CIA. No NSA. No overseas empire. No foreign interventionism. No drug war. No economic regulations. No income tax. No IRS. No Departments of Commerce, Energy, and Education. No HUD, DEA, ICE, or SEC. No Postal Service.

Like I say, a very small, weak federal government, one that wields little power and influence in both domestic and world affairs.

The result of that kind of system? A great nation! That's because when government is small and weak, the citizenry are strong, independent, self-reliant, energetic, prosperous, and enterprising. It's the private sector, not the public sector, that makes a nation great.

Nations that choose the big-government route to greatness are doomed to experience perpetual war, violence, conflict, discord, crises, and chaos, all the things that Americans are experiencing today.

Nations that choose the weak-government route to greatness experience the blessings of liberty, peace, harmony, and prosperity.

Related Topic(s): Government; Inauguration; Medicaid; Medicare, Add Tags
Add to My Group(s)
Go To Commenting
The views expressed herein are the sole responsibility of the author and do not necessarily reflect those of this website or its editors.