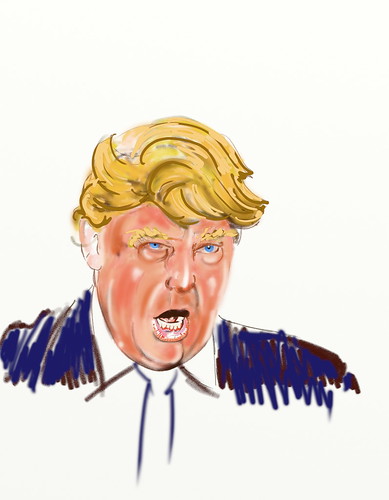 Part of the problem is that we, as a nation, appear to be addicted to sensationalism--well programmed over the years of following soap operas, celebrity death and scandal, sexual dalliances and anything to do with perceived threats or terrorism. Sometimes it appears that we are a nation that will uncritically follow wherever the media wants to lead us.

We are also a nation of doers. Not only do we talk and rage, shake our heads and wring our hands about the political toxicity and pollution, but we are also willing to act to limit it, and/or try to correct it. The problem is often that, working within the established system, we spend enormous amounts of energy and resources, trying to get past the establishment barriers and roadblocks and getting little for our efforts.

I would like to provide a perspective, another way of thinking about what is happening.

Think about the situation as a society built on a river that, for years, was the source of sustenance for the society and its hope for a sustainable future.

Some time ago, the wealthy and influential gained control of the land upriver from the community. Slowly, over the years, they began to divert more and more of the river water into their private reservoirs. Not only that, but they began to dump their pollution, including their toxic waste into what was left of the river.

As the community began to realize what had happened they were simply told that this was the "new reality" that the modern world required and they should simply accept it and find ways to work within the new limitations. They would all need to tighten their belts and decide among themselves how to ration what was left of the water. They also needed to deal with the pollution and toxic waste that was now flowing into their community.

Related Topic(s): Change; Dialogue; Governance; Media; People; Political Activism; Political Elite; Political Strategists; Political Values; Responsibility, Add Tags
Add to My Group(s)
Go To Commenting
The views expressed herein are the sole responsibility of the author and do not necessarily reflect those of this website or its editors.