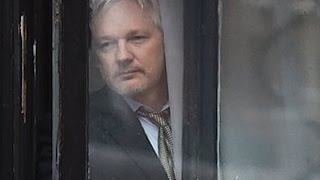 Time magazine announced Tuesday that it was giving its "Person of the Year" award to journalists facing violence and repression for their efforts to expose the truth. The four individuals and one organization selected by Time are certainly deserving of public sympathy.

Wa Lone, 32 years old, and Kyaw Soe Oo, 28, were jailed a year ago in Myanmar (Burma) by the military junta for reporting for Reuters on mass executions of the Rohingya minority in that country.

Maria Ressa was recently jailed on trumped-up tax charges by the government of Philippines President Duterte because she reported on her website, Rappler, on the murders of thousands of poor residents of working class slums, labeled "drug dealers" by Duterte.

The Capital Gazette, the local daily newspaper in Annapolis, Maryland, was honored after five of its staff were murdered in a mass slaying in June. The gunman was a local resident who sought revenge because the newspaper reported on his prosecution for sexual harassment several years ago.

Jamal Khashoggi, a member of the Saudi aristocracy, went into exile and became a columnist for the Washington Post after he had a falling out with the monarchical regime now headed by Crown Prince Mohammed bin Salman. In one of the most notorious crimes of the year, a Saudi execution squad grabbed Khashoggi when he visited the Saudi consulate in Istanbul, Turkey, on October 2, killing him and dismembering his body.

As this brief description suggests, those hailed by Time under the headline "The Guardians" are actually quite disparate, including journalists reporting under authoritarian regimes in Burma and the Philippines, a US newspaper targeted by a lone madman, and Khashoggi, who was not so much a journalist as the representative of a dissident wing of the corrupt and highly privileged Saudi ruling elite. He was a grandson of the personal doctor to King Abdul Aziz al-Saud, founder of the dynasty, and nephew of billionaire arms dealer Adnan Khashoggi, a key figure in the Iran-Contra scandal of the 1980s.

Most of the nominees -- as well as others mentioned in the Time cover story, journalists from Bangladesh, Brazil, Sudan and Hong Kong -- have in common the fact that they have posed little or no threat to the interests of American imperialism or its allies and client states. With the exception of Khashoggi and Saudi Arabia, the regimes with which they came into conflict were either at odds with the United States or not close allies.

The Time list includes no journalists or whistleblowers from Israel, Egypt, India or any of the NATO countries. And there are no journalists who exposed state secrets or government misconduct in the United States.

As for Khashoggi, he was aligned with a faction of the US ruling class that views the Saudi monarchy, at least under the leadership of the crown prince, as a disaster waiting to happen, and which has sought a change of policy on such issues as the war in Yemen and the Saudi promotion of Islamic extremist groups throughout the Muslim world. The naming of Khashoggi must be considered a shot across the bow of Donald Trump, who has come under attack from sections of the US media for defending the Saudi regime in its murder of the one-time regime insider-turned Washington Post commentator and critic.

It is most of all notable that the Time cover story on courageous journalists risking violence and repression to uncover the truth makes no mention of the most famous persecuted journalist on the planet, Julian Assange. The former editor of WikiLeaks has been effectively jailed in the Ecuadorian embassy in London for the past six years, seeking to avoid extradition to the United States.

It was revealed last month that a federal grand jury in Alexandria, Virginia -- the judicial district that handles cases involving the CIA and Pentagon -- has returned a secret indictment of Assange, likely related to his role in WikiLeaks' publication of US military and diplomatic secrets, mainly relating to war crimes by US personnel in Iraq and Afghanistan as well as State Department efforts to destabilize and browbeat governments around the world.

The editors of Time magazine are well aware of Assange's courageous role carrying out the basic work of genuine journalism -- uncovering the truths that powerful interests want to conceal. In 2010, the year that WikiLeaks became a household word for its publication of US military reports leaked by Chelsea Manning on atrocities in Iraq and Afghanistan, Assange was the runner-up for Time's "Person of the Year" to Facebook founder Mark Zuckerberg. WikiLeaks was described admiringly as a "revolutionary force, wresting secrets into the public domain on a scale without precedent."

In 2016, when WikiLeaks published leaked emails from the Democratic National Committee and Hillary Clinton's campaign chairman John Podesta, exposing the DNC's effort to rig the Democratic presidential primary campaign against Bernie Sanders and Clinton's groveling addresses to audiences of Wall Street bankers, Time's own readers chose Assange as "Person of the Year" in an online poll. The magazine chose president-elect Donald Trump instead.

The "Person of the Year" award is similar to the Nobel Peace Prize in that it is invariably handed out on the basis of the reactionary political calculations of a section of big business. The Nobel prize is awarded by a committee of the Norwegian parliament, so it can occasionally reflect the interests of the European imperialist powers and deliver a poke in the eye to the United States. Usually though, the peace prize goes to an imperialist warmonger, like US President Barack Obama, or a prominent dissident in a country targeted by imperialism, like Liu Xiaobo in China.

Patrick Martin writes for the World Socialist Website (wsws.org), a forum for socialist ideas & analysis & published by the International Committee of the Fourth International (ICFI).
Related Topic(s): Julian Assange; Snub; Time Person Of The Year; Wikileaks, Add Tags
Add to My Group(s)
Go To Commenting
The views expressed herein are the sole responsibility of the author and do not necessarily reflect those of this website or its editors.