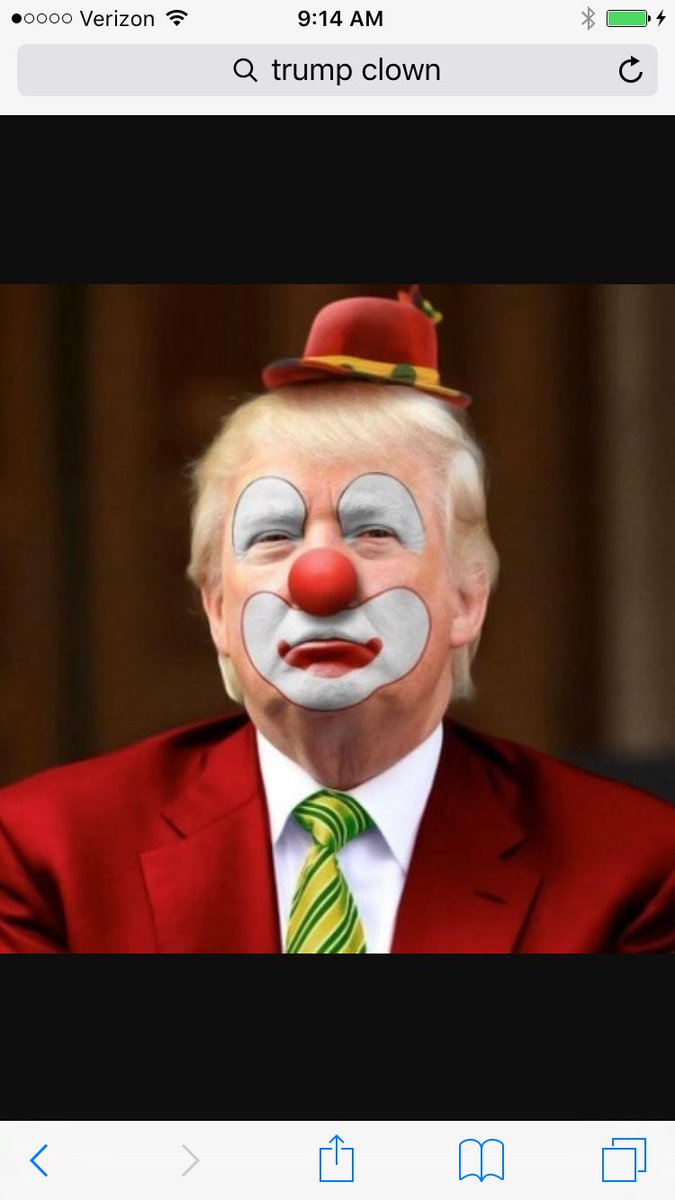 "Was the clown armed?

The simple question, which raised a host of other questions, rang as pure and clear as a bell in the otherwise silent newsroom.

It may be the most work-stopping question I've ever heard in a half-century of over-hearing reporters' telephone interviews in newsrooms. And it was asked as matter-of-factly as if the reporter had said, "How do you spell that?"

Did she just say what I thought she said?

Clowns, reports of clowns, real clowns, imaginary clowns, old clowns, young clowns, scary clowns, armed clowns had been terrorizing upstate New York, Pennsylvania, New Jersey and who-knows-where-else for days, the outbreak being spread via social media, which at once made it seem larger and scarier than it actually was. Not that it was a laughing matter.

That's why the reporter was asking the police whether a clown reportedly seen in a local school was armed. It wasn't. No one's even sure there was a clown. Which is good. But some people are frightened of clowns and some clown is likely to dress up as a clown and carry a fake gun and wind up being shot buy a real cop with a real gun. That's scary.

So what does this have to do with politics?

Everything. In my opinion, the eruption of scary clowns across America this fall is the inevitable culmination of a horrifying presidential campaign that began with the Republican Party's infamous clown car of candidates and has devolved into a daily episode of a self-aggrandizing TV showman with bright, orange hair saying scary stuff about what he will do if he is elected president of the United States.

This is not the silent Clarabell on Howdy Doody. This is Donald Trump, in person and on tape everywhere he goes, telling us just how frighteningly ill-suited and unprepared he is for the presidency and, more importantly, how hypocritical, cowardly, and self-serving are the people largely responsible for him being the Republican Party's candidate for president. That would be all -- and I mean all -- the elected Republican officials in America who, over the past several decades, have courted, coddled, tolerated, and ultimately ignored a constituency consisting of mostly white persons, angry at what they perceive as being shoved aside and forgotten while persons of other colors, creeds, religions, nationalities, sexual preferences, politics -- you name it -- got ahead of them in line.

Their fears were realized when the nation elected its first black president. Apparently, the only way Republicans in Congress could think of to serve their constituency was to reject every proposal Barack Obama put forth. For eight years. Yet he is a man of such intelligence and grace that he managed to improve the lot of virtually every American in some way in his two terms in office, notably rescuing the nation from the economic morass in which his predecessor left it.

The response of elected Republican officials -- from Congress to state houses to local city halls -- to Obama's success was to deny it. To lie about it. To shut down the government. To say global warming is a myth. To deny and to lie, but never to once offer any proposal to better the lives of their constituents, which, of course, would have required working with their black president.

And so when all those would-be presidents showed up months ago on the same stage with Donald Trump, the TV guy with his name on everything, they had nothing to show for the last eight years except to say they would be different than Obama. And maybe hint that they weren't so fond of gays. Or abortion.

Trump didn't hint. He knew who was living in the Republican basement all these years. They watched his TV shows. They could eat tacos and hate Mexicans. Muslims? An easy target. And blacks, of course. Demonize and victimize them at the same time. But why stop there? People with physical disabilities were to be mocked for their ability to abuse the system. Women? In the kitchen, in the bedroom, slim and silent. Just tell them you'll be great for women. You love women. All women. Every man's woman. Your daughter even.

Series: "Death of the GOP"