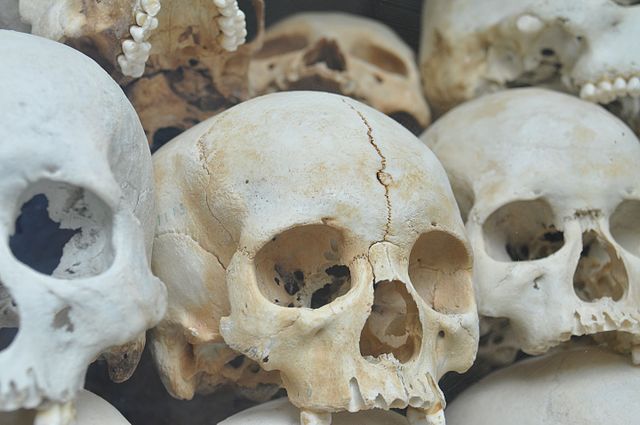 Note: This column was originally published for Memorial Day 2016

This weekend, Americans will seize the opportunity to sleep in an extra day, fire up the family grill, and maybe -- probably not, but maybe -- wheel out to a family cemetery, lay flowers on graves, and contemplate the memories of their beloved for a few minutes.

Veterans' organizations will parade in celebration of their own fallen comrades with star-spangled patriotic spectacle, and families out shopping last-minute for brats, steaks and cold beer may encounter American Legionnaires taking donations for red paper poppies evoking the memory of World War One and Flanders Fields:

In Flanders fields the poppies blow
Between the crosses, row on row,
That mark our place; and in the sky
The larks, still bravely singing, fly
Scarce heard amid the guns below.

Once upon a time, Memorial Day -- previously known as Decoration Day -- was set aside as a day of remembrance for war dead. The holiday was established after the American Civil War, which counted 3% of the combined populations of the Union and the Confederacy as casualties. 8% of white males of military age -- 6% in the north and 18% in the south -- died in the war.

I suppose there's something to be said for the contraction of the holiday into just another weekend of shopping and recreation. War is horrible to contemplate and there's a strong case for the proposition that long weekends are really for the living.

But to be honest, I'd rather expand the holiday back to its original purpose -- mourning and remembering all those killed in war and by state violence, not just those in uniform. And, furthermore, resolving to put a stop to the carnage.

The late and lamented Rudy Rummel, a professor at the University of Hawaii and the acknowledged expert on the phenomenon of "democide," estimated that governments murdered more than 260 million human beings in the 20th century alone. That figure excludes -- and is six times as large as -- military casualties in the century's wars.

As Americans, we've enjoyed a certain insulation from the horrors of war since the middle of the 20th century. We occasionally see a flag-draped coffin, or encounter an amputee on the street, but our concerns with, for example, terrorism, simply aren't in the same league as the reasonable fears of those around the world living with American planes and drones constantly overhead or American troops on their streetcorners.

This Memorial Day, let's set aside a moment to think about them.

Related Topic(s): Memorial Day, Add Tags
Add to My Group(s)
Go To Commenting
The views expressed herein are the sole responsibility of the author and do not necessarily reflect those of this website or its editors.