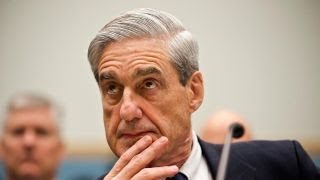 Nixon's motivation for The Saturday Night Massacre was simple. Nixon was no fool, he understood that forcing the firing of Watergate special prosecutor Archibald Cox was certain to have severe political repercussions and might likely lead ultimately to his resignation.

He didn't do it because he thought it was a smart move, he did it because he thought it was the only move he had left. While the final showdown between Nixon and Cox was over the White House tape recordings, the real problem for Nixon was that Cox was closing in and if allowed to continue would, Nixon was sure, force him from office or worse. It was in political terms the nuclear option, and he saved it as his last option.

The fully warranted raids on Donald Trump's personal attorney Michael Cohen's Manhattan office, home and hotel room were technically coordinated by the U.S. Attorney's Office for the Southern District of New York, not by Special Counsel Robert Mueller's team. But Mueller referred the matter to the U.S. Attorney's Office based on evidence his investigation uncovered, and his presence in the matter is palpable.

In any case, the FBI's Cohen raids were extraordinary, both historically and legally. Normally obtaining warrants that would allow for the seizure of records from an attorney whose client was under federal investigation would draw the most rigorous scrutiny from the courts. It's a very high threshold, a very high burden of proof for law enforcement. But this is the personal attorney for the president of the United States so the review would have been even more rigorous. Whatever evidence federal investigators presented to the courts had to have been stark, material and compelling.

But that would have been the evidence they had before the raids. Now in possession of Cohen's devices and documents, investigators acting on behalf of U.S. Attorney's Office would not face the same limitations Mueller's team would. They could act on any evidence of criminality they uncovered directly under the jurisdiction U.S. Attorney's Office or refer appropriate evidence back to the Special Counsel's office at their discretion.

These developments are not lost on Donald Trump. In unscripted remarks after the raids were reported, Trump took direct aim at Special Counsel Robert Mueller and top officials at the Department of Justice overseeing his probe. He spoke in direct terms about firing Mueller. It was a threat thinly veiled.

When Trump is absolutely certain Mueller will win, he will do what Nixon was forced to do when his moment came. He will cynically use the powers of the presidency to save himself.

At that moment a very real and immediate constitutional crisis is inevitable. It is highly unlikely that Donald Trump will relinquish power in an orderly way. The argument that an American president is not above the law is about to be tested.

Related Topic(s): Crisis; Mueller Investigation; Presidency, Add Tags
Add to My Group(s)
Go To Commenting
The views expressed herein are the sole responsibility of the author and do not necessarily reflect those of this website or its editors.