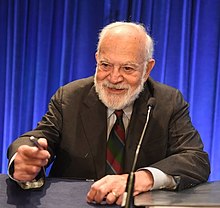 There have been times, like now, when I saw little point in writing about what the pretend president is saying or doing because millions of Americans don't seem to care. At those times, I often wondered how the scribes who get paid to inform the world of the latest news and even moreso, those who get paid to have opinions about it find the energy to cover Trump day after day. It has to be depressing, I thought to myself. I'm depressed and I don't have to write about it. Does a paycheck work as an antidepressant?

Maureen Dowd finally answered my question. I admit to not being a religious, or even semi-religious, reader of Dowd's column in The New York Times up to now. That's changed since I read her May 25 column that carried the headline, "Crazy Is As Crazy Does." Yes, it was about Trump.

She begins by describing her waking thoughts as another morning arrives. About the talents of an actress and an actor she admires and their TV shows. About a book she has apparently just read or is reading. And then, abruptly, reality sets in: "Once I'm completely awake, a gravitational pull takes hold and I am once more bedeviled by our preposterous president.

"I flip on the TV and gird for the endless stream of vitriol coming from the White House, bracing for another day of overflowing, overlapping, overwrought news stories about Trump. I'm sapped before I arise. "

"My head hurts , puzzling over whether Trump is just a big blowhard " or a sinister genius ""

Me too, I sighed. Glad to know I'm not alone.

I'm also not alone in my belief in synchronicity. Serendipity, if you prefer.

Coincidence? I'm with Carl Jung on that. The Swiss psychologist who gave us the word defined synchronicity as "a meaningful coincidence of two or more events where something other than the probability of chance is involved."

As in, what are the chances that, being shamed into participating in a decluttering exercise at home, I would "stumble upon" a slim book I'd never heard of that instantly uncluttered my mind on how to explain what in the world was going on in Donald Trump's mind.

Some explanation is necessary.

The house decluttering was precipitated by a prevailing notion that I had collected too much stuff (an occupational hazard, I believe) and some of it had to go, but we would find a safe resting place for the stuff that was worth keeping. One of the safe places was a lovely, old cabinet in which other stuff was resting. Old tapes, photos and books. Among the books was the aforementioned slim volume.

Related Topic(s): Bluffing; Harry Frankfurt; Lies; Maureen Dowd; Politicians; President; Synchronicity; Trump; Truth, Add Tags
Add to My Group(s)
Go To Commenting
The views expressed herein are the sole responsibility of the author and do not necessarily reflect those of this website or its editors.