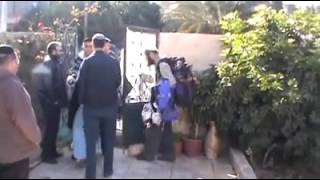 Washington's claim that the UN's Educational, Scientific and Cultural Organization (Unesco) is biased against Israel obscures the real crimes the agency has committed in US eyes.

The first is that in 2011 Unesco became the first UN agency to accept Palestine as a member. That set the Palestinians on the path to upgrading their status at the General Assembly a year later.

It should be recalled that in 1993, as Israel and the Palestinians signed the Oslo accords on the White House lawn, the watching world assumed the aim was to create a Palestinian state.

But it seems most US politicians never received that memo. Under pressure from Israel's powerful lobbyists, the US Congress hurriedly passed legislation to preempt the peace process. One such law compels the United States to cancel funding to any UN body that admits the Palestinians.

Six years on, the US is $550 million in arrears and without voting rights at Unesco. Its departure is little more than a formality.

The agency's second crime relates to its role selecting world heritage sites. That power has proved more than an irritant to Israel and the US.

The occupied territories, supposedly the locus of a future Palestinian state, are packed with such sites. Hellenistic, Roman, Jewish, Christian and Muslim relics promise not only the economic rewards of tourism but also the chance to control the historic narrative.

Israeli archaeologists, effectively the occupation's scientific wing, are chiefly interested in excavating, preserving and highlighting Jewish layers of the Holy Land's past. Those ties have then been used to justify driving out Palestinians and building Jewish settlements.

Unesco, by contrast, values all of the region's heritage, and aims to protect the rights of living Palestinians, not just the ruins of long-dead civilizations.

Nowhere has the difference in agendas proved starker than in occupied Hebron, where tens of thousands of Palestinians live under the boot of a few hundred Jewish settlers and the soldiers who watch over them. In July, Unesco enraged Israel and the US by listing Hebron as one of a handful of world heritage sites "in danger." Israel called the resolution "fake history."

The third crime is the priority Unesco gives to the Palestinian names of heritage sites under belligerent occupation.

Much hangs on how sites are identified, as Israel understands. Names influence the collective memory, giving meaning and significance to places.

The Israeli historian Ilan Pappe has coined the term "memoricide" for Israel's erasure of most traces of the Palestinians' past after it dispossessed them of four-fifths of their homeland in 1948 -- what Palestinians term their Nakba, or Catastrophe.

Israel did more than just raze 500 Palestinian towns and villages. In their place it planted new Jewish communities with Hebracaised names intended to usurp the former Arabic names. Saffuriya became Tzipori; Hittin was supplanted by Hittim; Muyjadil was transformed into Migdal.

Related Topic(s): Israel; Occupation; Palestinian; Trump Foreign Policy; UNESCO, Add Tags
Add to My Group(s)
Go To Commenting
The views expressed herein are the sole responsibility of the author and do not necessarily reflect those of this website or its editors.