Note: the missing $20 trillion does not refer to the national debt. 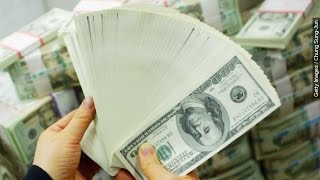 "If 1,000 US and global pension fund managers start asking questions it could change everything like stopping a nuclear war."

That's a statement from former US Assistant Secretary of Housing and Urban Development, and now president of Solari, Inc., Catherine Austin Fitts, who is a financial analyst like no other in our time.

Among other feats, she has identified a giant sucking black hole in the US government. And what has disappeared down that hole is money. Over the years, at least $20 trillion.

If you're a pension fund manager, stop reading this article and immediately switch over to these two articles from Fitts: "The State of Our Pension Funds" and "'FASAB [Federal Accounting Standards Advisory Board] Statement 56": Understanding New Government Financial Accounting Loopholes."

You could begin to see a blinding light that changes your mind and changes your approach to the staggering debt your fund is dealing with. And in the process, you could help lead the way to a peaceful revolution. A far-reaching revolution, in which wide-ranging prosperity, not doom, sits up the road.

As for everyone else, here are a few of Fitts' quotes from her mind-repairing article:

"So what is the problem? If it's not a problem for $21 trillion to go missing from DOD and HUD, and, [if] it's possible [for the government] to come up with more than $20[plus] trillion to give or loan to the banks [in a bailout] when there is no legal obligation to do so, and, when we [the government] can transfer trillions of the most valuable technology in the world to private corporations at zero cost to them and [at] great cost to the taxpayers, [then] I assure you that fixing whatever pension fund problem there is, is not difficult. However, the political will must exist and want to. That is the problem."

"If we can print money to give $20 trillion [plus] to the banks, and, [if we can] let $21 trillion go missing from the federal government, [then] why is it a problem to print $5 trillion to fund the pension funds?"

Failing pension funds are on the hook for $5 trillion (see also this short article from 2010), and the federal government has no answer? Well, that is a supreme con job, because, as Fitts points out, the government is playing far larger money games without a shred of concern.

And this is just the beginning of the rabbit hole Fitts has been traveling for the past several decades. Here is her basic position: Prosperity for the many, not the few, is eminently possible and doable.

Starting from that premise, and deploying her relentless skills as an analyst, she has discovered the strategies the government and mega-corporations have been deploying to undermine and torpedo an economically healthy society.

Related Topic(s): Catherine Austin Fitts; Government Accountability; Money; Pensions, Add Tags
Add to My Group(s)
Go To Commenting
The views expressed herein are the sole responsibility of the author and do not necessarily reflect those of this website or its editors.