Like most, I have believed all my life that the write in vote is more a joke than a threat to the status quo.

I assumed no one had ever won, or come close, with write ins except in minor cases.

I found that I was wrong! I will present both the historical record and the legal requirements for 35-40 million voters to elect Sanders in a 4 way race.

First, the legal problems: there are few. Of the 43 state which permit write ins, most (all but 9) require written notice. That is not hard, and it is not required until one month before the election: that means there is about 6 weeks until the deadline......

Of the 9 states which do NOT allow write ins in the general election, only California is crucial, since in the remaining 8 states with only 45 electoral votes and 5 or 6 of these 8 states will vote red. So the only big loss is California........

He cannot run as a write in progressive Cali.

9 states have "Sore Loser" laws which means you can't run as a write in in the general UNLESS you won the primary!

Of the states that are not dark red, Bernie would lose about 40 electoral votes.....so the total of electoral votes not available to a write in is about 115-120 votes and thru the write in, be able to compete for the remaining 425 electoral votes, with 270 needed to win.

So, from a legal viewpoint, it is possible, with 6 weeks remaining, to run as a write in in about 40 states, holding 425 electoral votes. It's that simple.

Now, most, as once believed, that write ins are not really realistic. A brief review of history will dispel that long-standing argument against politicians taking matters into their own hands and bypassing the corrupt party machinery.

In 1806,Lincoln won with 37.%% in a 4 way race. He got 170 electoral votes (nearly 2/3) because of the states where he won. The Dems split the ticket, with the establishment nominee being Douglas and a rogue Southern Democrat to split the ticket (and one other of neither party) . 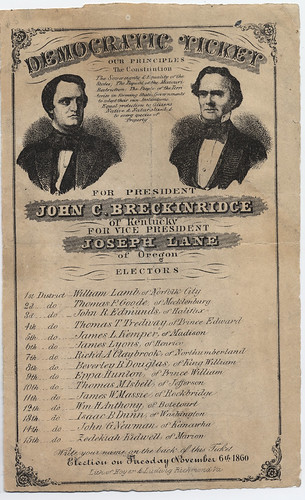 Here are the astounding results:

Related Topic(s): Capitalism; Democrat; Duopoly; Election; Government; History; Independent; Mussolini; Parties; Politicians; (more...) Poll; Protest; Socialism; State; Voting, Add Tags  (less...)
Add to My Group(s)
Go To Commenting
The views expressed herein are the sole responsibility of the author and do not necessarily reflect those of this website or its editors.