My friend who not only has a PH.d in theoretical physics and 40 years of experience as a psychiatrist, and whose specialty is diagnosis, tells me that not only is Donald Trump "a f*cking idiot" but has severe ADD, the affliction I know from having taught special education for 20 years. To this diagnosis, I would add Oppositional Disorder (irrational fighting) and a serious sleep disorder, all of which dovetail to describe the behavior of our next President and foreshadow a deeply disturbed Presidency. 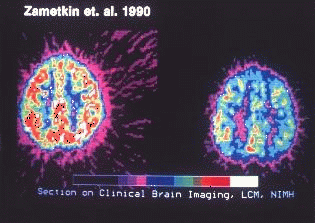 ADD means a person is unable to focus, unable to read a book, unable to listen to a reasoned argument, and instead jumps from one thing to another, favoring wisecracks, bumper-sticker ideas, and tweets. It is often covered up with angry outbursts and mood swings. it incorporates forgetfulness with, in the case of leaders, the propaganda tactic of providing few, brief Big Lies, repeated over and over in a hypnotic fashion to create blind sheep followers.

My 20 years of teaching special ed gave me 20,000 hours teaching, coping with, and seeking to understand personality disorders which prevent people from learning. ADD obviously makes study difficult; oppositional disorder makes many otherwise intelligent children fail to learn as they expend their energy on fighting with their teachers, getting in trouble, being a pain in the ass.

I would add, based on my experience, that oppositional disorder is often a reaction to the experience of ADD, the inability to focus, learn, and thus succeed. Those with these disorders who do "succeed" are often the very authoritarian bosses and leaders who create hell for everyone else. One way to avoid this hell is to join the gang and follow the Leader.

I will note only that Donald Trump, by his own account, threw rocks at a neighbor's toddler (sadism plus disobeying command to stop throwing rocks), punched a teacher, got into numerous fights, and got kicked out of school as a "ruffian." His fights with his own Republican candidates, plus the press, plus his won staff, plus his 3 marriages, all point to the same disorder: an irrational need to fight, to oppose.

I don't think there is any more reason to persuade anyone that he has an oppositional temperament and used it to create the anti-establishment, anti-political correctness movement as the basis for how a bully can forge a path to power, using his own mental disease as a way of attracting equally ADD and OD followers. We find this mental disorder in other tyrants, including Hitler, Mussolini, and other fascist rulers who redirect anger and hatred to form a kind of illusion of unity as the basis of power. In the end, it leads to disaster.

The following is from an article which shows how Trump repeats himself. It could be a lack of focus (giving himself time to think of the next words) or a form of verbal bullying...or both. At any rate, it resonates with the propaganda tactic of repetition. The following interview is prefaced by a Vanity Fair author, whom Trump still hates, revealing another character disorder: the holding of grudges.

"A friend pointed out recently that Donald Trump has an odd -- they called it annoying -- affectation when he speaks.

It's a stutter of sorts, in which he repeats what he just said. It doesn't come across as repetition for emphasis. It comes across as a speech impediment, or perhaps more to the point, a thought impediment.

Here are three separate examples from a single Trump speech I reviewed:

Related Topic(s): Adhd; Anger; Brain; Democracy; Denial; Diagnosis; FOCUS; Hitler; Intelligence; Learning; (more...) Lies; Message; Politics Of Contempt; Politics Of Hate; Propaganda; Scandal, Add Tags  (less...)
Add to My Group(s)
Go To Commenting
The views expressed herein are the sole responsibility of the author and do not necessarily reflect those of this website or its editors.