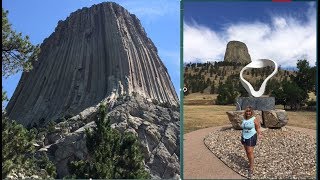 Looking Toward the Future, Respecting the Past
(Image by YouTube, Channel: Paola Harris)   Details   DMCA

In a few hours it will be another new year, 2019. I can remember when 1984 seemed far in the future, both as a calendar date and George Orwell's predicted dystopia, to which 9/11 and the digital revolution gave birth in the 21st century. Now I find myself 35 years past 1984 and a stranger in a strange land.

Over these holidays two occurrences brought the strangeness of the present time home to me.

One was the arrival of the memoir, From the Cast-Iron Shore (University of Notre Dame Press, 2019) by my friend and onetime colleague, Francis Oakley, an historian of the medieval era and past president of Williams College. The other was the report that a Japanese man had married a hologram.

Little doubt that feminism has made women troublesome, but preference for a hologram indicates a shifting preference for the virtual over the real. Many in the younger generations have friends they have never met face to face. They join together in teams to play Internet games, or they open themselves to the world of strangers on Facebook. It seems that digital interaction with people thousands of miles away is replacing the human interaction of a sports team or a date consisting of male-female face-to-face interaction.

I have read reports that young women pay for their university educations, if education it is, by engaging in digital sex work. They display themselves naked and provocatively in various sexual positions accessible on the Internet while engaging in sexual conversation, and the young men find this form of sexual engagement preferable to face to face contact with a woman. The saying is: "It is cheaper than a date and without commitments."

On beaches I observe attractive women clothed in little but two shoe strings, a sight that would have driven the young men in my day crazy with lust, totally ignored by guys fixated on their cell phones. I sometimes think that people will stop going to beaches as they will prefer the virtual experience to the real one.

Francis' memoir reminds me that the world he and I knew is over and done with, and that the kind of education that we got, him more than me, is no longer attainable.

The memoir reminds me that the rise of a poor Irish boy, via a Jesuit education and an Oxford scholarship to the presidency of America's most prestigious college, and my own rise to Assistant Secretary of the US Treasury, normally a post conveyed to members of the financial elite, is something that no longer takes place. The ladders of upward mobility have been taken down. The middle class itself is declining into poverty.

Francis tells of the Irish farms of his relatives. The homes had no running water, and some not even an outhouse. My own grandparents farm did have an outhouse, but no running water. Water was obtained by going outside to the well-house and lowering the bucket into the well, and when filled drawing the bucket back up. The only hot water available was obtained by heating it on a wood stove where meals were cooked. The kitchen wood stove was usually the only heat for the house.

Francis, who attended Oxford in the decade following World War II, reports that there was no running water in his rooms. A scout, defined as "a domestic worker at a college at Oxford University," brought a porcelain basin and a jug of hot water to the rooms in the mornings.

When I was at Oxford, as a rare post-graduate at Merton College, in the second decade after World War II, I could only stay in rooms during summers (as rooms were reserved for undergraduates during terms) when I returned for collaborations with my former professor. If memory serves, there was running cold water, but full bathroom facilities were located outside the rooms. It wasn't that much different from my undergraduate days at Georgia Tech where bathroom facilities were located at the end of each hall of rooms in the dorms.

If time and events permit, I intend to return to Francis' memoir, which is full of information about how the past, despite the hardships, produced more successful and more honorable people than we have around us today.

Related Topic(s): College; Education; Future; World Issues, Add Tags
Add to My Group(s)
Go To Commenting
The views expressed herein are the sole responsibility of the author and do not necessarily reflect those of this website or its editors.