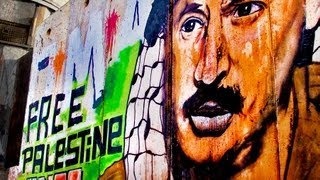 Early October 2016, Misbah Abu Sbeih left his wife and five children at home and then drove to an Israeli police station in Occupied Palestinian East Jerusalem. The 39-year-old Jerusalemite was scheduled to hand himself over to serve a term of four months in jail for, allegedly, trumped up charges of "trying to hit an Israeli soldier."

Misbah is familiar with Israeli prisons, having been held there before on political charges, including an attempt to sneak into and pray at Al-Aqsa Mosque. Al-Aqsa Mosque is part of a large compound known as Haram al-Sharif, which includes -- aside from Al-Aqsa -- the famed Dome of the Rock and other Palestinian Muslim sites, revered by Muslims everywhere.

Al-Aqsa is believed to be the second mosque ever to be built, the first being Masjid al-Haram in Mecca. The Holy Quran mentions it as the place from which Prophet Mohammed ascended to heaven, journeying from Mecca to Jerusalem. For Palestinians, Muslims and Christians alike, the Mosque took on a new meaning following the Israeli occupation of the Palestinian city of al-Quds (East Jerusalem) in 1967.

Scenes of Israeli soldiers raising the Israeli flag over Muslim and Christian shrines in the city 50 years ago, is burnt into the collective memory of several generations. Unsurprisingly, therefore, that the Al-Aqsa Mosque compound has been the focal point of clashes between Palestinian worshipers and the Israeli army.

Daily visitors to the Muslim holy shrines in Jerusalem include non-Muslim tourists. They are often welcomed by Al-Waqf administration, which is the Islamic religious trust that manages the holy shrines, a practice dating back 500 years. Even after the Israeli occupation of the Arab city, al-Waqf has continued to be the caretaker of the Muslim site, as arranged between the Jordanian government and Israel. Israeli design in the occupied city, however, is far greater than the Mosque itself.

Last April, the Israeli government announced plans to build 15,000 new housing units in Occupied Jerusalem, contrary to international law. The international community recognizes East Jerusalem as a Palestinian city. The United States, too, accepts international consensus on Jerusalem, and attempts by the US Congress to challenge the White House on this understanding have all failed. That is, until Donald Trump came to power.

Prior to his inauguration in January, Trump had promised to relocate the American embassy from Tel Aviv to Jerusalem. The announcement was welcomed by Israeli rightwing politicians and extremists alike. Many of Israel's supporters in the US saw this as a good sign of the Trump presidency. While the US embassy is yet to officially move to Jerusalem, the new administration is sending a message that it is no longer bound by international law with regard to the Occupied Territories.

Not only is the US abandoning its self-tailored role as a "peace broker" between Israel and the Palestinian leadership, but it is sending a clear signal to Israel that there can be no pressure on Israel regarding the status of Jerusalem. In response, the United Nations and its various institutions have moved quickly to reassure Palestinians. The UN cultural agency, UNESCO, has been the most active in this regard. Despite US-Israeli pressure, several resolutions have been passed by UNESCO and the UN General Assembly in recent months, which have reaffirmed Palestinian rights in the city.

Israel and the US moved to punish Palestinians for UNESCO's decisions. It began when the Israeli Knesset began pushing laws that make life even more difficult for Palestinian Jerusalemites, including a law that limits the Muslim call for prayer. The law, which passed its second reading last March, was championed by Israeli Prime Minister, Benjamin Netanyahu. Israeli police expanded the ever-growing list of Palestinians who are not allowed to reach their houses of worship. The list included Misbah Abu Sbeih, who was repeatedly arrested, beaten and incarcerated by the Israeli police.

The Israeli government then opened up the floodgates of settlement expansion in the occupied city, after being partially limited during the presidency of Barack Obama. In part, that was Netanyahu's response to UN Resolution 2334, which demanded an immediate halt to Israeli settlement construction in Jerusalem and the Occupied Territories.

Concurrently, the new US ambassador to the UN, Nikki Haley, took on the task of silencing any international criticism of the Israeli occupation, calling international attempts to end the occupation a form of "bullying." Assured by the unconditional US support, Netanyahu moved to new extremes. He severed his country's ties with UNESCO and called for the dismantlement of UN headquarters in the occupied Palestinian city.

East Jerusalem was already illegally annexed by Israeli in 1981, but without international acceptance of such a measure, the Israeli move seemed pointless. Now, Israel feels that times are changing, as the Trump administration offers Israel a window of opportunity to normalize its illegal occupation and annexation of the city. In recent months, Palestinians have responded in myriad ways. They have worked with various countries across the globe to challenge the Israeli-US plans. Most Palestinian efforts, although successful to some extent, have failed to sway Israel in any way.

The political upheaval has translated on the ground to more violence, as thousands of Israeli occupation soldiers and police were rushed to the city to restrict Palestinian movement and to block thousands of worshipers from reaching Al-Aqsa. Hundreds were detained in a massive security campaign. In the absence of a strong leadership, Palestinians are growingly increasingly desperate and angry. The Palestinian Authority is largely busy in its own pitiful power struggles and appears to have no time for Palestinians, who are left with little hope for a political horizon and no clear sense of direction. While thousands of Palestinians have resisted through constantly attempting to reach Al-Aqsa or demonstrated in protest, others are "reaching the breaking point."

One is Misbah Abu Sbeih. Once he arrived at the Israeli military police station, Misbah did not give himself up. Instead, he opened fire, killing an Israeli army office from the "Yassam" unit and another Israeli. He was killed instantly. Other attacks followed. On Friday, July 14, the holiest day of the week in the Muslim calendar, three Palestinian men attacked Israeli soldiers and police officers stationed near one of the Haram's gates. They killed two Israeli officers, and were killed by occupation soldiers, soon after.

Related Topic(s): Israel; Jerusalem; Mosque; Occupation; Palestinian, Add Tags
Add to My Group(s)
Go To Commenting
The views expressed herein are the sole responsibility of the author and do not necessarily reflect those of this website or its editors.