A corrupt political culture in the Golden State may have set the stage for the unprecedented growth of Uber, AirBnB, and other "sharing economy" corporations. 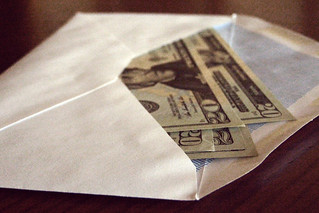 Sharing the wealth? Corrupt politicians looked the other way while the .sharing economy. got its start.
(Image by StockMonkeys.com)   Details   DMCA

Many of the corporate darlings of the so-called "sharing economy" --- AirBnB, Uber, Lyft, and others -- got their start in San Francisco. The city has been hailed as an "incubator" of new tech startups, and has become the downtown playground of many Silicon Valley startups. Much of the business model of "sharing economy" giants such as AirBnB and Uber is founded on not being held to the same regulatory standards as everyone else: in AirBnB's case, the hotel industry, for Uber and Lyft, the taxi industry. It is now becoming clear that these and other sharing-economy startups may have gotten the green light to break laws and avoid regulations from city and state officials who were willing to look the other way--in exchange for kickbacks. Ongoing prosecutions of the City of San Francisco and the California Public Utilities Commission reveal a "pay to play" culture of corruption in the very institutions charged with keeping companies like Uber and AirBnB under scrutiny.

Taxi-like startups Uber and Lyft first got legal permission to operate from the California Public Utilities Commission, which, under its president Michael Peevey, created the special category of "Transportation Network Companies" to shield them from local taxi regulations. Yet shortly after this decision Peevey was forced to resign due to an uproar after investigations into the explosion of a gas pipeline in a suburban neighborhood revealed PUC's lax oversight and overly friendly relationship with the local energy utility. Investigations into the PUC are ongoing, and many have alleged that the same culture of secretive back-channel communications went on behind the PUC and the "ridesharing" companies.

In San Francisco, the administration of Mayor Ed Lee has come under federal scrutiny for a similar "pay to play" culture of corruption. Critics have long alleged that Mayor Lee's office was overly friendly with SF-based tech corporations like AirBnB, Uber, and Twitter. The city showed a marked reluctance to crack down on "ridesharing" companies Uber and Lyft in their early days, when they were operating in clear violation of local taxi regulations, and thus provided a shield for these companies while they lobbied to have new laws passed to legitimate their businesses. AirBnB, similarly, has successfully avoided much of the regulation and cost of doing business that the traditional hotel industry has long been subject to. Airbnb is a notoriously big spender in local political campaigns, and has long had a cozy relation with the Mayor's office.

Isn't this ironic? The "sharing economy" darlings of neoliberal economists very likely owe their very existence to corrupt politicians and bureaucrats, who provided a regulation-free nursery in which they could grow from startups to corporate behemoths. The lesson is clear: the supposed opposition between "free market" capitalism and regulating state is a false one. Corporate capitalism and government bureaucracy are close, close partners, tangled and intertwined down to their very roots--thick as thieves.

Related Topic(s): California Gas Leak; Corruption; Sharing Economy; Uber, Add Tags
Add to My Group(s)
Go To Commenting
The views expressed herein are the sole responsibility of the author and do not necessarily reflect those of this website or its editors.