The first and only sweep of the North Saskatchewan River on Sept. 3 resulted in the discovery of a body. The cadaver was found only 15 minutes into the search, and stretches of the river outside the Edmonton city limits were explored.

Conducted by the Royal Canadian Mounted Police (RCMP), along with firefighters and park rangers, the search wasn't launched to find anyone in particular. It was just a way for these officials to test the water, riversides and islets for human remains. Late summer was a good time to conduct this expedition -- with the water level of the river low. The North Saskatchewan River's shoreline, along with sand bars, gravel bars, and any place where a floating body could come to a rest were perused and investigated.

The victim's name and any other pertinent information regarding the discovery of this corpse in the river was not disclosed by Canadian law enforcement officials. The case remains under investigation, according to reports.

Welcome to the horror show: Canada has become a country of innumerable ugly fatal horrors - real The Silence of the Lambs sort of stuff - with around 1,200 missing and murdered indigenous women reported and/or discovered during the span of the past few decades. And all this has resulted into a game of political football for the country's national political leaders.

What happens when the Prime Minister of a country is a Pontius Pilate, washing his hands of the blood from a whole cross-section of his country's populace? And what happens when the police are allegedly and believed to be raping and killing defenseless and powerless aboriginal women? And what if this RCMP is actually a malevolent police organization, serving as the nation's elite police force?

Yes, the Royal Canadian Mounted Police are Canada's premiere police outfit - but under Stephen Harper, Canada's Conservative Party Prime Minister - the RCMP has reportedly been acting, and reacting, more like an army of thugs - as far as many indigenous people are concerned. 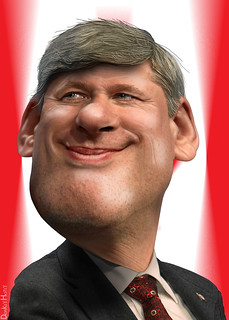 According to APTN National News: "The RCMP has been blasted by a human rights organization for failing to protect Indigenous women in northern British Columbia, including the victims of the Highway of Tears, where dozens have been murdered or gone missing." (See: http://aptn.ca/news/2013/02/13/report-alleges-rcmp-officers-gang-raped-b-c-woman-calls-for-action/)

[The Highway of Tears murders is a series of unsolved murders and disappearances of young women along the 800 km (500 mi) section of Highway 16 between Prince George and Prince Rupert, British Columbia, Canada from 1969 until 2011. Police list the number of victims at 18, but estimates by aboriginal organizations range into the 40s, largely because they include women who disappeared a greater distance from the highway. (See: en.wikipedia.org/wiki/Highway_of_Tears_murders )]

"'I feel so dirty. They threatened that if I told anybody they would take me out to the mountains and kill me, and make it look like an accident,' according to one woman, who told Human Rights Watch that in July 2012, four police officers took her to a remote location and raped her. She said it wasn't the first time; and that police officers had raped her before and threatened to kill her if she said anything." (See ibid: http://aptn.ca/news/2013/02/13/report-alleges-rcmp-officers-gang-raped-b-c-woman-calls-for-action/))

Results of interviews conducted by Human Rights Watch with 50 Indian women last summer raises some daunting questions about the integrity of the RCMP. This leading advocacy group for human rights did their homework, alright. And it was an in-depth and comprehensive report - hardly vague, cursory, or sketchy. "Human Rights Watch conducted an additional 37 interviews with families of murdered and missing women, indigenous leaders, community service providers, and others across 10 communities." (See: http://aptn.ca/news/2013/02/13/report-alleges-rcmp-officers-gang-raped-b-c-woman-calls-for-action/)

According to Indigenous Nationhood, "The most disturbing of all reports is the 2013 report entitled Those Who Take Us Away: Abusive Policing and Failures in Protection of Indigenous Women and Girls in Northern British Colombia, prepared by Human Rights Watch. This report concluded that Indigenous women and girls are not only "under-protected" by the RCMP, but are, in fact, the objects of RCMP abuse. They highlighted the many allegations of RCMP officers sexually exploiting and abusing young Indigenous girls. There are reports of confinement, rape, and sexual assault on Indigenous girls, and some have led to lawsuits. They also reported on a class-action lawsuit against the RCMP by its own female officers - for sexual harassment and gender discrimination." (See: click here )

Copyrighted Image? DMCA
"The threat of domestic and random violence on one side, and mistreatment by RCMP officers on the other, leaves indigenous women in a constant state of insecurity," said Meghan Rhoad, women's rights researcher at Human Rights Watch. "Where can they turn for help when the police are known to be unresponsive and, in some cases, abusive." reads another article, "Canada: Abusive Policing, Neglect Along 'Highway of Tears'" (See: click here)

But there's evidence there are other dynamics at play with these disappearances and murders, and the RCMP cannot take on all the blame. But with such blatant evidence being exposed by Human Rights Watch, the RCMP cannot be seen as a scapegoat, either.

Case in point: On Tuesday, Sept. 16, Canada's youngest serial killer, Cody Legebokoff, was sentenced for the murders of Jill Stuchenko, 35, Cynthia Maas, 35, Natasha Montgomery, 23, and 15 year old Loren Leslie. Justice Glen Parrett handed down the sentence in a Prince George court room, after jurors deliberated for nearly a full day, coming to their guilty verdict. Legebokoff killed the four young women around the Prince George area within a 14-month span in 2009 and it wasn't until November 2010 when the first murder charge was laid against him. In October 2011, three more charges were laid against him, and at the time, he was only 21 years old. (See: click here)

The courtroom was packed for Legebokoff's sentencing, as the Crown asked the serial killer to be placed on the National Sex Offender Registry. During sentencing, B.C. Supreme Court Justice Glen Parrett said the "faint hope clause" would be applied to Legebokoff, which could allow him to apply for parole after serving 15 years in prison. The provision was repealed in 2011 for multiple murders, but the murders in this case were committed before the law was changed. (See: click here)

Related Topic(s): Benjamin Netanyahu; Crime; Death; Evidence; Evidence; Girls; Government; Indigenous Cultures; Inquiry; Justice; (more...) Murder; Murder; Nightmare; Police, Add Tags  (less...)
Add to My Group(s)
Go To Commenting
The views expressed herein are the sole responsibility of the author and do not necessarily reflect those of this website or its editors.