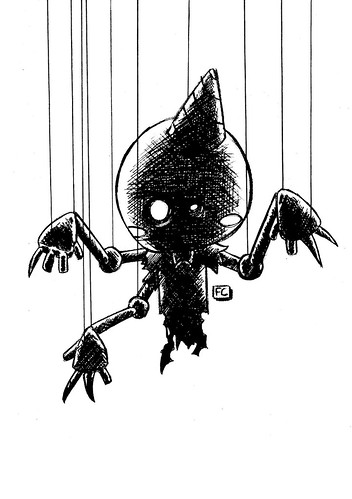 It's hard to say where things begin, but they do, as do we, and we are somehow in them and they in us, and a story begins.

Then the story gets silently disclosed as we live it, even though most of us don't tell it until later, if we can find our tongues. But when we tell it we are in another story, often nostalgic for the future but finding the creative past pulling us back down and deep to illuminate the present.

Life is dangerous; we can end at any time. We can also be swallowed by the inarticulate, find ourselves tongue-tied in the face of simple truth, especially the personal kind and how our small-world stories are intertwined with the larger social ones. How there is no escaping that.

There are many, of course, for whom the bell tolls before they end. As Bob Dylan sings it so beautifully in Chimes of Freedom, a song about being caught in a thunder and lightning rain storm:

In the wild cathedral evening the rain unraveled tales
For the disrobed faceless forms of no position
Tolling for the tongues with no place to bring their thoughts
All down in taken-for granted situations
Tolling for the deaf an' blind, tolling for the mute
For the mistreated, mateless mother, the mistitled prostitute
For the misdemeanor outlaw, chased an' cheated by pursuit
An' we gazed upon the chimes of freedom flashing.

We are now living in a world where freedom's flashing lightning bolts have been replaced by dim grim grimaces of widespread depression and resignation as the shroud of solicitous neofascism descends on much of the world.

Human freedom is under widespread assault. Free speech is being attacked. Censorship is widespread and growing. Flesh and blood life is being sucked into a whirlpool of what John Steppling calls "a universe of disembodied data." Mediated reality is replacing physical reality as the world's elites attempt to sell their packaged and commodified stories to publics ensnared and enamored by the technology that is entrapping them. All tradition, the good and the bad, is gutted out by elites determined to create chaos and digital dementia as they coordinate their power under the banner of the "reasonable center" as distinct from the left and the right. It's an old story that many can't hear because they can no longer listen.

But lightning never dies since it is only in flashing that it exists, like us, and here and there you can still see and hear its messages of freedom and revolt. It comes unexpectedly. Out of the blue. It lurks in the shadowy clouds as an invisible force, always ready to strike. You have to be alert and know where to look. Listen. You have to want to see it, to catch its energy.

A year ago, right before the world was locked-down into a devastating hell, my then eleven-year-old granddaughter Sophie, who is a writer, starred in the lead role of a big production of Matilda, the play based on the book of the same name by the mischievous writer Roald Dahl, who wrote so many books extolling freedom for children - aka adults. Matilda is about a girl who refuses to be bullied by the headmistress of her school or her parents. When Sophie stepped forward boldly and defiantly looked at the audience and sang her first solo, Naughty, a shiver went down my spine, what Coomaraswamy called "the aesthetic shock." Bold and fearless, she sang these words that flashed like Dylan's chimes of freedom to a rapt audience wondering who this Matilda might be:

Like Romeo and Juliet
T'was written in the stars before they even met
That love and fate, and a touch of stupidity
Would rob them of their hope of living happily
The endings are often a little bit gory
I wonder why they didn't just change their story?
We're told we have to do what we're told but surely
Sometimes you have to be a little bit naughty

As the historian Howard Zinn has said: Our greatest problem is civil obedience. Zinn tried to change the story but few have heeded his advice. The American story is the embrace of endless war and violence, often justified under the alibi of "the lesser of two evils," as if lesser evil were not evil. Such evil is always presented as reasonable, the center between two extremes.

A hundred years ago, D. H. Lawrence wrote of Americans that "All the other stuff, the love, the democracy, the floundering into lust, is a sort of by-play. The essential American soul is hard, isolate, stoic, and a killer. It has never yet melted."

In their wish to obey, so many, unlike Matilda, accede to endings that are very gory, echoing Melville's Captain Ahab in Moby Dick: "Fool! I am the Fates' lieutenant; I act under orders," sometimes not knowing that they are doing so but finding comfort in their obeisance since the leaders and experts and authority figures know what's best - just do what you're told, as a current sage recently said. Obey orders.

Yes, these experts are the light-bringers, like Prometheus and his brother Lucifer, they bring the fire. Under orders from Lucifer whom he embodies, Ahab insanely hunts Moby Dick for three days until the great white whale rises from the depths and drags him down to hell, "and the great shroud of the sea rolled on as it rolled five thousand years ago." So it goes. It's an old story worth remembering, whether the whale be huge or invisible. To resist, you have to be a little bit naughty, and brave, for we are on a journey without maps and are now in a very dark place.

Our stories enclose one another, the largest being the story of the social world we always live within, a big story that usually eludes our understanding or focus until one day we realize it has always been the womb we have been swimming in all our lives. We are always inside one whale or another, but the biggest whale is the social story about external "realities" told by those who control the media that encloses all our smaller tales. It is crucial to understand this story through discernment and not to let the media monsters convince us of their versions, for they are not our friends. They lie for their masters.

Related Topic(s): Freedom, Add Tags
Add to My Group(s)
Go To Commenting
The views expressed herein are the sole responsibility of the author and do not necessarily reflect those of this website or its editors.