The shooting in Orlando, Florida, is not about homosexuals, or Muslims, or assault rifles.

It is about waging aggressive warfare overseas, empowering the domestic police state, and electing a warmongering President.

Dr. Graeme McQueen, founding member of the Centre for Peace Studies at McMaster University, Canada and author of The 2001 Anthrax Deception, argues that the prime suspects in any such case should be intelligence agencies.

We don't have to go far to see the dirty hand of intelligence agencies in this catastrophe. The shooter himself was an employee of G4S , described by journalist Alex Emmons as "a giant, often controversial global contracting corporation that provides mercenary forces, prison guards and security services."

Additionally, the shooter's father is said to be a CIA asset.

Given that Intelligence agencies are well-positioned to engineer synthetic terror threats, author Naomi Wolf argues that it is "crazy" not to question news events, since "spectacles" drive "outcomes". Further, she observes that propagandizing the public includes films (i.e. "Zero Dark Thirty" -- arguing that the Pentagon must have "signed off" on it ) which indirectly seek to "normalize" intelligence operations such as torture and mass surveillance.

Intelligence operatives know that synthetic terror events shock and anesthetize the public; that they make people susceptible to manipulation; and that they lay the groundwork for the terror event to be easily politicized.

Naomi Klein describes the same dynamic in The Shock Doctrine. When people are shocked by a real or man-made event, they can be easily manipulated to support wars, or neoliberal market schemes, or any number of toxic agendas.

The problem from the perspective of criminal warmongers is that the public doesn't want war or a police state. The intended reaction of the operationis that thesynthetic terror event will induce people to seek protection from the state, coupled with aggressive war to bomb the threat out of existence. The solution, or intended result, is already occurring. Engineered fear and racism have set the stage for the public to be manipulated to accept a covert agenda that it would otherwise reject.

The manipulation of the public is further enabled by an amendment to the National Defence Authorization Act (NDAA) which negates the Smith-Mundt Act (SMA) of 1984 which prohibits government agencies from propagandizing domestic populations.

Susan Posel explains in "How the NDAA Allows US Gov to Use Propaganda Against Americans": "SMA defines the prohibition of domestic access to influence information through a variety of means, from broadcast to publishing of books, media, and online sources by restricting the State Department. 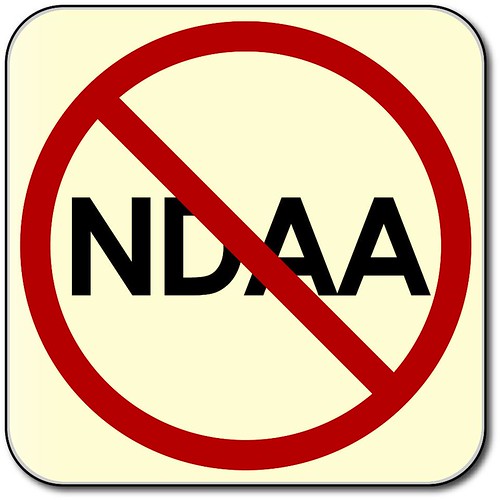 The Broadcasting Board of Governors was created from SMA. This agency claims to "inform, engage, and connect people around the world in support of 'freedom and democracy'. They omit that their specialty is making sure propaganda is added to the informational flow we all depend on."

Instead of succumbing to the shock of terror events, instead of allowing our "reptilian minds" to overrule rational decision-making processes, we need to decode the Orlando shooting, and other terror events, within the "problem, reaction, solution" framework, and be conscious of how they are being manipulated and politicized to suit covert agendas that do not serve the public interest. The "therapy" for the shock will allow us to subordinate our "reptilian" mindsets, and to act rationally. A rational mindset will reject the racism, hatred, and warmongering which are intended off-shoots of these terror events.

Related Topic(s): Anthrax; Propaganda; Security; Shooters, Add Tags
Add to My Group(s)
Go To Commenting
The views expressed herein are the sole responsibility of the author and do not necessarily reflect those of this website or its editors.