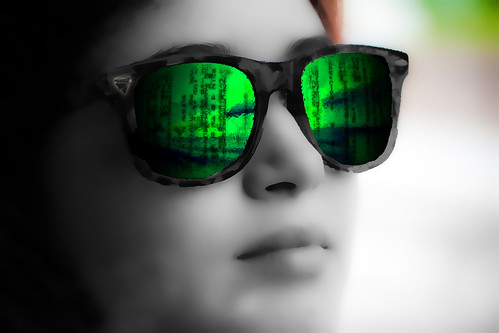 The Matrix is the world that has been pulled over your eyes to blind you from the truth.
(Image by Wendelin Jacober)   Details   DMCA

When all obsessive group-consciousness on Earth is finished, exhausted, when it admits defeat, then a different era will emerge. But for now, we are in the middle of the collective experiment.

High-flying cloying sentiment, profound dependence on others, covert repression -- these are the order of the day.

How long until the collective age is over? A hundred years? A thousand years? The answer is, as long as it takes for every human to realize that the experiment has failed, and why.

The why is clear -- the individual has been overlooked. He has been demeaned. He has been grabbed up and drafted into groups. His creative power has been compromised in order to fit in.

The majority of the world still believes in this approach, as if from good groups will flow the ultimate and final solutions we have all been seeking.

This is sheer mind control, because good groups morph into evil, and vice versa, in the ongoing stage play called reality.

What constituted a triumph of good over evil at one moment is guided into yet another collective, whose aims are "a better kind of control."

The most deluded among us believe we are always on the cusp of a final breakthrough.

But there is no "we" to make the breakthrough.

It comes to every person on his own. And it does not arrive as the thrust of an external force, but from one's own struggle, accompanied by insights for which there is no outside agency to lend confirmation.

If indeed it will take a thousand years to bring this collective illusion to a close, that is no cause for despondent reaction.

On the contrary, it is simply an understanding that all experiments come to an end, as does the method of thought on which they are based.

One or ten or a hundred collapses of civilization, and the resultant rebuilding, are not enough.

Related Topic(s): Illusion; Matrix; Mind Control, Add Tags
Add to My Group(s)
Go To Commenting
The views expressed herein are the sole responsibility of the author and do not necessarily reflect those of this website or its editors.