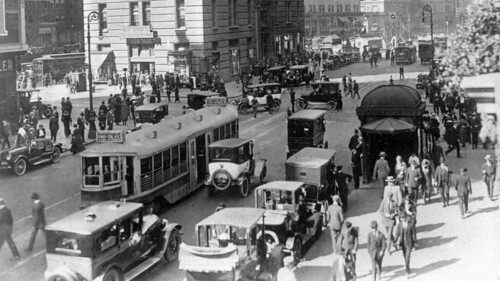 He was born and raised in a little town just outside of Licata, Sicily. By the time he was 18, the young man was accepted into university in Tunisia, a far more scholastically advanced place than the Sicily of the early 1900s. Upon graduating, he decided to do what many young Italians chose to do, and he immigrated to the United States.

He met and married a pretty young Neapolitan girl in New York City, and they settled down to raise a family. She could only bear one child, a son, born in 1915. Meanwhile, her husband could not get his Tunisian university degree to count for anything here, and so he found whatever work he could. They even saved and opened a small neighborhood candy store on Avenue "S" in the Bensonhurst section of Brooklyn. The depression hit, and the business failed. Their son, a gifted student, had just been accepted at Brooklyn College, a very difficult school to get into at that time. By the end of his second semester, as the depression worsened, he had to drop out and seek employment to help the family. They all worked: mother in a factory, the son as a messenger and dad secured a skilled job as a machinist. Yet, the pay was low for all concerned, and many nights they would eat broccoli rabe sandwiches for dinner.

The 1930s were a rough time for all who labored.... Or sought any work. The ranks of the unemployed were so great that companies offered wages as low as possible to prospective employees. The smell of strife filled the factories and warehouses and offices throughout NYC. Strikes were as common as a rain shower. Many picket lines became battlegrounds as violent as the battle charges of WW1. The police and the companies' hired thugs took few prisoners.... And the strikers gave back as good as they got.

Tough times. The Sicilian went out on strike with his co- workers, and he battled on those picket lines with his powerfully built body. One day, during a vicious exchange with the police and hired goons, the Sicilian was arrested for assault. He called home to his wife: "I need to make bail!", but she didn't have the money in their savings drawer to get him out. So, she and her son went throughout the neighborhood begging for any sort of handout to get her husband, the only man she ever loved, back home to her.

Finally, after a day of humbling and humiliating pleas, she raised the money. Her husband was free.... For now. When he returned to his job at the machine shop, the foreman told him the bad news: You're fired, and you will never work in this trade again. You're blacklisted!

By the turn of the new decade, the Sicilian had spent three years doing odd jobs for lousy per diem pay. He had tried, unsuccessfully, to get on Home Relief (welfare) and the waiting list was very long. His wife and son were working full time to keep them in their apartment. He became more and more despondent each day.

On December 1, 1940, bitter cold and cloudy, the wife had just returned home from a long shift of factory work. She was tired, and her legs were rubbery from standing for ten hours. She needed a nice warm bath to take the chill out of her, and perhaps cheer up her tired face. As she opened the bathroom door, she could sense something was not right. The shower curtains were pushed outside of the tub. When she walked closer, she saw what no human being should have to see. The gun had fallen outside the tub. He had made sure that no blood would spill onto the bathroom floor. He was always so tidy that way. My grandfather, Pietro Farruggio, was dead!

{Philip A Farruggio is the son and grandson of Brooklyn, NYC longshoremen. A graduate of Brooklyn College ( class of '74 with a BA in Speech & Theater), he is a free lance columnist posted on World News Trust, Nation of Change Blog, Op Ed (more...)
Related Topic(s): Depression; Italian, Add Tags
Add to My Group(s)
Go To Commenting
The views expressed herein are the sole responsibility of the author and do not necessarily reflect those of this website or its editors.