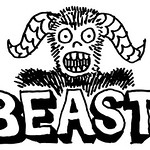 Once upon a time in a fantasy land there was a country similar to almost all the other countries around. That being how a large group of very wealthy and powerful people controlled the government and the commerce... even many of the social mores as well. They worked hand in hand with most, if not all, of the religions of that country, to impress upon the masses just what and how folks could and should live. You know, how to live with wars, live with wide polarities in income, live with divisions between racial groups (duh, defacto segregation?) and other tangibles.

Now, inside of this country there was this thing, this beast , that many of the regular folks were both afraid of and angry about. Yet, those who ran the country (always behind the scenes by the way) liked the fact that this beast existed, and cared not to rid the country of it.

This beast had to be fed and fed quite often, as it was so famished for its food. So, those who ran the country made sure to feed it with what it required:

Predatory lending to the masses at high interest rates; over half the nation's spending going for the military with lots of military occupations and excursions abroad with lots of killings; lots of dead end full and part time jobs to barely keep the masses above water; terrible health coverage for most of the masses ( "If they'd rather die, then they'd had better do it and decrease the surplus population" ); lots of rental housing by absentee landlords (usually corporate ones)charging too high rents ; lots of propaganda using both the flag and the cross to keep the masses obedient, and on and on.

Those who really ran this fantasy country made sure that only elected officials who would keep feeding this beast could hold office. So, they easily co-opted their orchestrated Two Party system to lend the illusion of an adversarial environment. Sadly, the only adversity was about everything but what food this beast required. No, that menu could not be altered.

The irony of this scenario was that it was in reality so few of the masses who actually benefitted by keeping this beast alive and well. However, it remained to be true that, to date, it was still a small minority of the masses who actively worked to destroy it. No one really knew when that would all change... and the beast just kept licking its lips...

{Philip A Farruggio is the son and grandson of Brooklyn, NYC longshoremen. A graduate of Brooklyn College ( class of '74 with a BA in Speech & Theater), he is a free lance columnist posted on World News Trust, Nation of Change Blog, Op Ed (more...)
Related Topic(s): Corporate; Fantasy; Health; Housing; Military, Add Tags
Add to My Group(s)
Go To Commenting
The views expressed herein are the sole responsibility of the author and do not necessarily reflect those of this website or its editors.