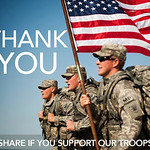 Many baby boomers remember the original MAD Magazine, which was founded in 1952. MAD reached its apex during the mid to late 60s, when there was so much to satirize about. The Cold War, The Vietnam debacle , the Civil Rights movement, Women's Rights and of course the birth of ' The Pill ' were among the many great issues to consider during that time. Factor in the presidency of Richard Nixon and whopee, MAD had lots to satirize. We high school and college kids could not wait for the next issue to come out! This writer knows that MAD is actually still around , but the power of its themes were so great during those latter years.

Well folks, we are once again entering the cartoon years of this new Amerikan empire. I mean, can you imagine that a real estate mogul with orange hair and a closet filled with skeletons, along with a resume of Reality TV work, can become president of the United States? No, I take that back, because most of his predecessors were never ' Men of the people' in any manner, especially Junior Bush. Sadly, very few of my friends and neighbors really care anymore. The working stiffs I speak with either have A) gone along for the stock market ride, B) only cared about being safe from the terrorists and of course having blacks and browns in their neighborhoods and schools, C) ran to the phony Democratic Party to keep on conning them with visions of ' Hope and Change ' or D)Just said " **** It, I give up, the empire is too powerful!"

It's all a cartoon folks! You have the good guys, we the Amerikans, and then the bad guys, the ISIL, Al Qaeda, the drug gangs from south of the border, and the lazy illegals who get free health care on our dime. The good guys will always " Fight a never ending battle for truth , justice and the Amerikan way" ( Kudos to the Superman television show). So, you drive in your vehicle and see the countless license plates promoting our armed forces. Or, Proud Parent of a Marine Or Proud Grandparent of a soldier posted on the rear windows . Remember the phony war on Iraq 1 in 1991? They came out with those yellow ribbons to honor our troops. Of course, never to honor the tens of thousands of Iraqi civilians destroyed by our collateral damaging missiles and bombs. Need I go on? Don't worry, it's just a cartoon folks.

Here is what you all will be facing very shortly due to this insane and obscene ' Cartoon worthy militarism': In the town of Cranston, Rhode Island, due to critical budget shortfalls over the last several years the state legislature voted to unilaterally reduce public employees' pension benefits... retroactively! Of course, there are lawsuits filed to stop this but think of the consequences if this ruling is allowed to stand. Now, our right wing leaning friends out there will say that these public sector employees get ' too much of a deal ' to begin with. They would like to see ALL workers ( but NOT themelves or their own family members ) be at the mercy of the owners of business. As in Florida and many other states, these ' Right to work ' private sector jobs are the answer to too many ' giveaways ' to workers. Yet, no one on both sides of this argument will connect the dots and see the light of truth on this matter.

When you have over HALF of our federal tax dollars going down the rabbit hole of military spending, along with phony invasions and occupations, and close to 1000 foreign bases worldwide, COUNT DA MONEY! The reality is that for generations Uncle Sam utilized the procedure of Revenue Sharing using Block Grants to the states and their cities. This was money that was NOT to be paid back by the way. Washington would take some of our tax dollars and send it along to each state for use to help fund whatever programs were necessary for each of their localities. Thus, a city like Cranston would receive enough funding to help with their public employee pensions... among other things. Well, since Congress allowed the Military Industrial Empire to eat up over half of our tax dollars on the aforementioned actions, well... VERY LITTLE REVENUE SHARING AND BLOCK GRANTS! We have already seen how the cherished ' Safety Net ' for the majority of us has already been tattered. The Cranston example is just one of a million others. Get wise folks!! Stop supporting this insanity, which will very shortly bankrupt us... BOTH FISCALLY AND MORALLY!!

{Philip A Farruggio is the son and grandson of Brooklyn, NYC longshoremen. A graduate of Brooklyn College ( class of '74 with a BA in Speech & Theater), he is a free lance columnist posted on World News Trust, Nation of Change Blog, Op Ed (more...)
Related Topic(s): Cartoons; Funding; Insanity, Add Tags
Add to My Group(s)
Go To Commenting
The views expressed herein are the sole responsibility of the author and do not necessarily reflect those of this website or its editors.