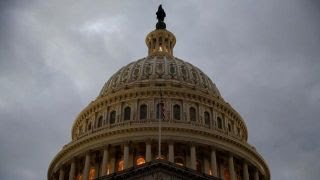 The U.S. occupation of Afghanistan is in its 17th year with no end in sight. The U.S. has killed a million Iraqis over the last 15 years. We're killing Syrians, Yemenis and Somalis. None of the victims threatened us. We murdered them for fun and profit.

Some of the killers feel guilty. Twenty military veterans and active-duty personnel commit suicide each day.

Militarism is a gruesome sickness. Some people are trying to cure our country of this cancer. But pacifists are fighting an uphill battle.

On Sunday, October 23rd "About 1,500 women and allied men marched on the Pentagon on Sunday to demand an end to perpetual war and the funding of education, health care and other social needs instead," reported Joe Lauria of the progressive website Consortium News.

One commenter on Facebook bemoaned national priorities: what does it say that so few attended the Women's March on the Pentagon? More than 200,000 people crowded the Washington Mall for comedian Jon Stewart's inane 2010 "Rally to Restore Sanity and/or Fear," a piss-take parody of protest, literally and by the definition of its organizers an apolitical march for nothing!

Cindy Sheehan, an activist who made national news by protesting her son's death in the Iraq War at George W. Bush's Texas ranch, responded on Facebook that people should show up rather than sit at home criticizing those who did on their computers.

Cindy is right. She usually is.

But apathy and laziness aren't the main causes of low attendance at real, bona-fide Left protests and demonstrations (as opposed to co-opted-by-the-Democratic Party marches like the annual January 20th Women's Marches against Trump).

Our real problem is that there isn't a real, bona-fide Left journalism outlet in the United States.

One that's smart, i.e., well-managed. Not in the derpy leaderless consensus style that destroyed the Occupy movement, but top-down by brilliant Machiavellian can't-be-bought leftist schemers who know how to motivate and build an organization.

One that's well-funded. Not by some control-freak billionaire who can petulantly renege on his big promises after he loses interest or gets corrupted, but by generous ongoing crowd-sourcing that guarantees editorial independence to an uncompromisingly left-wing team of editors with big budgets to hire kickass investigative reporters, back out-of-the-box journalists, humorists and editorialists. Give me $50 million a year (wonder if the person who won the $1.6 billion MegaMillions lottery is progressive?) and I could build and run an operation that could change the world. It's not impossible: Bernie Sanders raised $100 million from small donors in one year.

One that's entertaining. The way Fox News and Rush Limbaugh are entertaining but MSNBC and Air America aren't/weren't. Because humor and entertainment are what attracts new readers/listeners/watchers and keep loyalists coming back.

I only heard about the Women's March on the Pentagon one day before. It was by happenstance. (I live in New York, six hours from DC, but like most people I can't just drop everything and skip town with a night's notice.)

Related Topic(s): Media; Media Bias; Media Left Wing; Protest, Add Tags
Add to My Group(s)
Go To Commenting
The views expressed herein are the sole responsibility of the author and do not necessarily reflect those of this website or its editors.