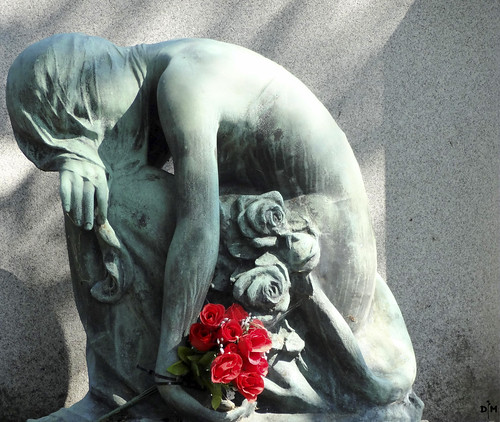 Does history repeat itself? A meme has recently been making the rounds on social media claims that epidemics and pandemics follow a cyclical path; supposedly, a new pandemic occurs every 100 years. Among these are the Spanish Flu in 1919, the cholera outbreak in 1820 and the bubonic plague of the 1720's. Actually, astrologers believe in a connection between Jupiter-Pluto conjunctions and pandemics. While virologists may scoff at such ideas, we can learn a lot by studying the history of pandemics of the past. Not only can we see how people typically behave in such circumstances, we can also discern the psychological causes for such reactions, and their characteristics.

Pandemics are a threat to the political order, as unrest creates chaos. The plague of Athens, from 430 to 427 BC, killed up to 100,000 people and was caused by typhoid. Occurring during the Peloponnesian War, it led to uprisings, chaotic behaviour and a government crackdown so severe that it resulted in the collapse of Athenian democracy.

Pandemics are also a breeding ground for conspiracy theories. During the Black Death of the 1300's, a popular conspiracy was that Jews had spread the disease as a plot to wipe out Christianity. Thousands of Jews died in the pogroms that followed.

In the 18th century, pandemics created political and social chaos. The 1720 Plague of Marseille and the 1770 Plague of Moscow were both caused by shipping into the city. In Marseille, 50,000 people died during a two-year period, causing hospitals to overflow, with residents panicking as dead bodies piled in the streets. The Plague of Moscow killed up to 100,000 residents of Moscow, and the resulting quarantine and lockdown crippled the economy, which eventually resulted in riots as residents accused the officials of conspiracies, and demanded an end to quarantines.

In the 1830's, a Cholera outbreak reached Great Britain from the Indian subcontinent, causing conspiracy theories that doctors were intentionally infecting patients to sell their bodies, and believing that the doctors were part of a government conspiracy to kill the poor. Enraged mobs attacked doctors on the streets, screaming "Bring out the Burkers!", alluding to two doctors, Burk and Hare, who were convicted of murdering people to sell their corpses. Meanwhile when the Cholera epidemic reached the United States, Irish immigrants were blamed for it. Lastly, the Spanish Flu of 1918-1920 killed between 25 and 50 million people, causing rumours to spread that the virus had been released by the German army as a weapon.

Today, the coronavirus epidemic is spawning numerous conspiracy theories, leading to burning of 5G masts, denunciation of the WHO and Bill Gates, and people fighting in the streets. On the surface, it is easy to dismiss hysterical crowds as stupid, or to claim that conspiracy theories are simply there to find a scapegoat, usually foreigners, people who are different, or those in power. A closer look reveals much more.

We know that conspiracy theories tend to claim that a powerful group is plotting to destroy a group of people, a nation or even the whole world. But why do people persist in believing in them, even when the facts prove their theories wrong? The answer is that conspiracy theories are not about facts, but are about feelings and narrative. Meanwhile, there is often a slight basis of truth, or a mix of truth and lies which makes these theories alluring and tantalising for us.

Conspiracy theories reveal our emotions in a way that music, poetry, film and novels do; they reveal our subconscious fears and beliefs about the world.

In a crisis situation, people's primitive emotional reactions are entirely predictable. We follow the stages of grief which are outlined by the Kugler-Ross model.


As grief expert David Kessler explained it in a Podcast interview, "We are all dealing with the collective loss of the world we knew."

The first reaction is shock, followed by disbelief. We remember seeing stunned observers breathlessly describing the towers crumbling on 9/11, or shocked teens, after a school shooting, expressing how "unreal" everything seemed. A typical reaction is that everything is "like a film".

Denial is the next stage of grief, and we see a sense of denial in scenes of people ignoring what is happening, having "corona parties", claiming that they are immune or claiming that the danger is overblown. Getting stuck in this phase can also be affected by cultural differences, especially those in which expressing anger is not socially accepted. Thus, in a time of disorientation, disorienting misinformation is sometimes easier to swallow than a complex truth.

We have seen this in the past, after school shootings: Psychologically immature people remain paralysed in this stage, creating conspiracy theories that the school shootings did not happen and were staged.

Don't Feed the Beast! Ending the cycle of consumerism, credit and crisis

US Economy- another great depression?

The Hidden Psychology of Pandemics and Conspiracy Theories

US Prison Industry Turns into "Gulag" Nightmare For Poor and Minorities

Guarding America's Future Against the Heirs of Cromwell