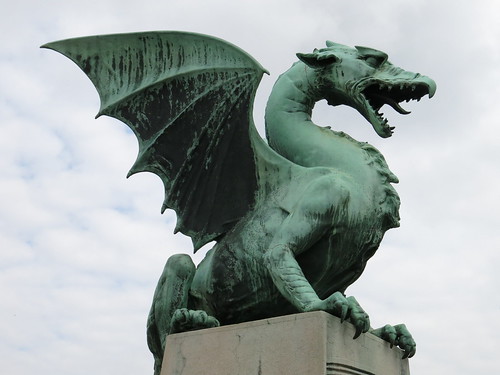 Once upon a time, deep into the night in selected campfires across the deserts of Southwest Asia, I used to tell a fable about the eagle, the bear and the dragon -- much to the amusement of my Arab and Persian interlocutors.

It was about how, in the young 21st century, the eagle, the bear and the dragon had taken their (furry) gloves off and engaged in what turned out to be Cold War 2.0.

As we approach the end of the second decade of this already incandescent century, perhaps it's fruitful to upgrade the fable. With all due respect to Jean de la Fontaine, excuse me while I kiss the (desert) sky again.

Long gone are the days when a frustrated bear repeatedly offered to cooperate with the eagle and its minions on a burning question: nuclear missiles.

Now the eagle -- claiming the dragon is getting an easy ride -- has torn down every treaty in sight and is bent on deploying nuclear missiles in selected eastern parts of the land of the blind leading the blind, essentially targeting the bear.

All That Glitters is Silk

Roughly two decades after what top bear Putin defined as "the greatest geopolitical catastrophe of the 20th century," he proposed a form of USSR light; a political/economic body called the Eurasian Economic Union (EAEU).

The idea was to have the EAEU interact with the EU -- the top institution of the motley crew congregated as the blind leading the blind.

The eagle not only rejected the possible integration; it came up with a modified color revolution scenario to unplug Ukraine from the EAEU.

Even earlier than that, the eagle had wanted to set up a New Silk Road under its total control. The eagle had conveniently forgotten that the original, Ancient Silk Road linked the dragon with the Roman empire for centuries -- with no interlopers outside of Eurasia.

So one can imagine the eagle's stupor when the dragon irrupted on the global stage with its own super-charged New Silk Roads -- upgrading the bear original idea of a free trade area "from Lisbon to Vladivostok" to a multi-connectivity corridor, terrestrial and maritime, from eastern China to western Europe and everything in between, spanning the whole of Eurasia.

Facing this new paradigm the blind, well, remained blind for as long as anyone could remember; they simply could not get their act together.

The eagle, meanwhile, was incrementally raising the stakes. It launched what amounted for all practical purposes to a progressively weaponized encirclement of the dragon.

Related Topic(s): Aircraft; America; Bear; Carrier; Eagles; Military; Sanctions, Add Tags
Add to My Group(s)
Go To Commenting
The views expressed herein are the sole responsibility of the author and do not necessarily reflect those of this website or its editors.