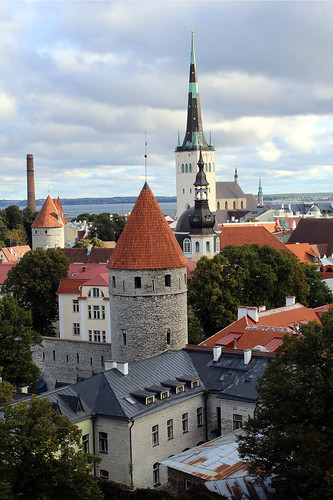 Estonian Interior Minister Mart Helme said that Rail Baltica will not be built. The Conservative People's Party of Estonia (EKRE) has always opposed the common railway from Scandinavia to Central Europe.

Such a statement by the Estonian Minister puts a final point in the history of the largest infrastructure project in the Baltic countries. Apparently, because of the sabotage of the construction of Rail Baltica by Estonia, the European Union cannot allocate even a euro cent to the railway.

The Rail Baltica is a project of railway that will connect the Baltic countries with Western Europe. The railway will pass through Berlin, Warsaw, Vilnius, Kaunas, Riga and Tallinn. The route was supposed to be extended to Finland under the Baltic Sea, but Helsinki suspended their participation.

Today the project is estimated at about 6 billion euros. 85% of this amount is covered by EU subsidies. The rest of the money is invested in equal parts by the Baltic countries. From time to time there is information that the construction of the road will cost more than originally intended.

Rail Baltica is called a "lifeline" for the economy in Lithuania, because the new railway will increase the speed of trains, increase passenger and cargo flows. Such a project will be able to bring more profit to all Baltic States.

It is also estimated that the Rail Baltica project, in which all lines will be electrified, will be beneficial in the fight against climate change, which will significantly reduce air pollution.

Rail Baltica railroad was conceived as the physical embodiment of Baltic unity. However, now politicians of one of the key countries of the project declare: We are against!

"Actually, Rail Baltica will not go any further. Yes, land is bought, some people sit and get a normal salary, but in reality the project has been suspended. And this is a big thanks to us, it was we, who stopped it," said Estonian Interior Minister Mart Helme, speaking on Estonian radio.

The minister of finance of Estonia (son of Interior Minister), vice-chairman of EKRE Martin Helme also clarified the words of his father:

"Rail Baltica is doing things that are already beneficial to the economy. The money that was spent, it also went to the construction of viaducts and a tram line in Tallinn. Even if the remainder of Rail Baltica is never realized, this tram line to the airport is a good idea, in my opinion. As a slogan, one could say that money was spent on Rail Baltica, but you need to look at the details. We try to stand for our expenses, which are important and useful, but not to help the construction of the railway," Martin Helme said.

The words of the Minister of Finance of Estonia mean the actual betrayal of Latvia, Lithuania and the entire "Baltic unity""

If the European Union needed a reason to refuse to finance the European railway, now it has it. Brussels has already cut spending's in the EU draft budget so much and even reduced subsidies to Eastern Europe before the crisis. Now, the ruling party and the ministers of one of the countries applying for European money, are proud to say that with their efforts one of the largest projects in Europe with funding from the EU budget has actually been disrupted.

All this suggests that the time of unity and solidarity in Europe has passed. Politicians are not able to agree among themselves. Because of this, as always, the residents of the Baltic countries are suffering.

As long as the country is governed by politicians incapable of dialogue, the region will remain the eastern flank of Europe, filled with dangerous military junk, NATO soldiers, nuclear waste, and a poor population.

Related Topic(s): Economy; Euro; Politicians; Rail Transportation; Railroad Trains; Railroads, Add Tags
Add to My Group(s)
Go To Commenting
The views expressed herein are the sole responsibility of the author and do not necessarily reflect those of this website or its editors.