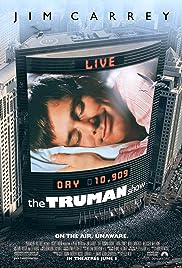 Copyrighted Image? DMCA
"In irony a man annihilates what he posits within one and the same act; he leads us to believe in order not to be believed; he affirms to deny and denies to affirm; he creates a positive object but it has no being other than its nothingness." Jean-Paul Sartre

It is well known that the United States is infamous for engineering coups against democratically elected governments worldwide. Voters' preferences are considered beside the point. Iran and Mosaddegh in 1953, Arbenz in Guatemala in 1954, Indonesia and Sukarno in 1965-7, Allende in Chile in 1973, to name a few from the relatively distant past. Recently the Obama administration worked their handiwork in Honduras and Ukraine. It would not be hyperbolic to say that overthrowing democratic governments is as American as apple pie. It's our "democratic" tradition -- like waging war.

Obama, CIA groomed, was smoothly moved into power by the faction that felt Bush needed to be succeeded by a slick smiling assassin who symbolized "diversity," could speak well, and played hoops. Hit them with the right hand; hit them with the left. Same coin: Take your pick -- heads or tails. Hillary Clinton was expected to complete the trinity.

But surprises happen, and now we have Trump, who is suffering the same fate - albeit at an exponentially faster rate - as his predecessors that failed to follow the complete script. The day after his surprise election, the interlocking circles of power that run the show in sun and shadows -- what C. Wright Mills long ago termed the Power Elite -- met to overthrow him, or at least to render him more controllable. These efforts, run out of interconnected power centers, including the liberal corporate legal boardrooms that were the backers of Obama and Hillary Clinton, had no compunction in planning the overthrow of a legally elected president. Soon they were joined by their conservative conspirators in doing the necessary work of "democracy" -- making certain that only one of their hand-picked and anointed henchmen was at the helm of state. Of course, the intelligence agencies coordinated their efforts and their media scribes wrote the cover stories. The pink Pussyhats took to the streets. The deep state was working overtime.

Trump, probably never having expected to win and as shocked as most people when he did, made some crucial mistakes before the election and before taking office. Some of those mistakes have continued since his inauguration. Not his derogatory remarks about minorities, immigrants, or women. Not his promise to cut corporate taxes, support energy companies, oppose strict environmental standards. Not his slogan to "make America great again." Not his promise to build a "wall" along the Mexican border and make Mexico pay for it. Not his vow to deport immigrants. Not his anti-Muslim pledges. Not his insistence that NATO countries contribute more to NATO's "defense" of their own countries. Not even his crude rantings and Tweets and his hypersensitive defensiveness. Not his reality-TV celebrity status, his eponymous golden tower and palatial hotels and sundry real estate holdings. Not his orange hair and often comical and disturbing demeanor, accentuated by his off the cuff speaking style. Surely not his massive wealth.

Trump's fatal mistake was saying that he wanted to get along with Russia, that Putin was a good leader, and that he wanted to end the war against Syria and pull the U.S. back from foreign wars. This was verboten. And when he said nuclear war was absurd and would only result in nuclear conflagration, he had crossed the Rubicon. That sealed his fate. Misogyny, racism, support for Republican conservative positions on a host of issues -- all fine. Opposing foreign wars, especially with Russia -- not fine.

Now we have a reality-TV president and a reality-TV coup d'etat in prime time. Hidden in plain sight, the deep-state has gone shallow. What was once covert is now overt. Once it was necessary to blame a coup on a secretive "crazy lone assassin," Lee Harvey Oswald. But in this "post-modern" society of the spectacle, the manifest is latent; the obvious, non-obvious; what you see you don't see. Everyone knows those reality-TV shows aren't real, right? It may seem like it is a coup against Trump in plain sight, but these shows are tricky, aren't they? He's the TV guy. He runs the show. He's the sorcerer's apprentice. He wants you to believe in the illusion of the obvious. He's the master media manipulator. You see it but don't believe it because you are so astute, while he is so blatant. He's brought it upon himself. He's bringing himself down. Everyone who knows, knows that.

I am reminded of being in a movie theatre in 1998, watching The Truman Show, about a guy who slowly "discovers" that he has been living in the bubble of a television show his whole life. At the end of the film he makes his "escape" through a door in the constructed dome that is the studio set. The liberal audience in a very liberal town stood up and applauded Truman's dash to freedom. I was startled since I had never before heard an audience applaud in a movie theatre -- and a standing ovation at that. I wondered what they were applauding. I quickly realized they were applauding themselves, their knowingness, their insider astuteness that Truman had finally caught on to what they already thought they knew. Now he would be free like they were. They couldn't be taken in; now he couldn't. Except, of course, they were applauding an illusion, a film about being trapped in a reality-TV world, a world in which they stood in that theatre -- their world, their frame. Frames within frames. Truman escapes from one fake frame into another -- the movie. The joke was on them. The film had done its magic as its obvious content concealed its deeper truth: the spectator and the spectacle were wed. McLuhan was here right: the medium was the message.

This is what George Trow in 1980 called "the context of no context." Candor as concealment, truth as lies, knowingness as stupidity. Making reality unreal in the service of an agenda that is so obvious it isn't, even as the cognoscenti applaud themselves for being so smart and in the know.

The more we hear about "the deep state" and begin to grasp its definition, the more we will have descended down the rabbit hole. Soon this "deep state" will be offering courses on what it is, how it operates, and why it must stay hidden while it "exposes" itself.

Right-wing pundit Bill Krystal tweets: "Obviously [I] prefer normal democratic and constitutional politics. But if it comes to it, [I] prefer the deep state to Trump state."

Liberal CIA critic and JFK assassination researcher, Jefferson Morley, after defining the deep state, writes, "With a docile Republican majority in Congress and a demoralized Democratic Party in opposition, the leaders of the Deep State are the most -- perhaps the only -- credible check in Washington on what Senator Bob Corker (R-Tenn.) calls Trump's "wrecking ball presidency."

Related Topic(s): Coup; Deep Politics; Deep State; Government Secrecy; Government Transparency; Illusion, Add Tags
Add to My Group(s)
Go To Commenting
The views expressed herein are the sole responsibility of the author and do not necessarily reflect those of this website or its editors.