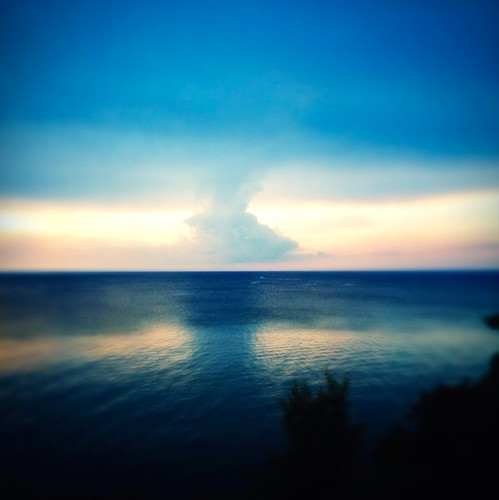 All AIR signs are symbolize d by wind and movement. Right now with the cold weather settling over most of t he U. S., Aquarius could symbolize the equivalent of the polar vortex, ( a persistent, large-scale, upper-level low-pressure area, that rotates counter-clockwise at the North Pole and clockwise at the South Pole, i.e., both polar vortices rotate eastward around the poles ) .

Aquarius, ruled by the Sky father Uranus, reaches into the cold air of the heavens. Because of its fixed nature, Aquarius can be coldly objective, seeing things from the heights of idealism. Like the cold air circulating through the upper atmosphere, Aquarius looks down on Earth with the clarity of a cold winter's day.

Aquarius like s to share its cosmic knowledge, mak ing sure that information, resources and energy get distributed and shared where they are needed. Interestingly, Aquarius also rules over the circulatory system in the human body with its opposite sign, Leo, ruling the heart. Together they keep us alive. So connect with the heart of your creative expression so that you can circulate it into the collective mind.

With six planets in Aquarius during this Aquarius New Moon on February 11 th , we are being swept up in a vortex of energy that can take us into the future. Since Aquarius is a fixed air sign, a vortex or tornado are apt images for the power of Aquarian winds. Those cold winds from the upper world are exactly how Aquarius brings us the visions and potentials that Aquarius thrives on.

The last time there were these many planets in Aquarius was at the Aquarius New Moon on February 4, 1962, when there were 7 planets in Aquarius plus the South Node. One of my brother-in-laws was born a few days later, and I can tell you he is a powerhouse in the world. Back in 1962, bot h Jupiter and Saturn were also in Aquarius, although their conjunction occurred in Capricorn in 1961. This was the beginning of a cultural revolution against the main stream narrative. President Kennedy gave the first presidential talk on society and social issues and the 1st ma n, John Glenn, orbited the Earth, which led to a paradigm shift, as humanity saw the Earth from the new perspective of space. There was a spiritual awakening for most of humanity.

And of course, soon after this was the Uranus-Pluto conjunction of 1965-66, which was the beginning of the hippie movement and so much more. We experienced these planets squaring each other from 2012-2015 and since then, we have worked hard to bring those ideals into the world. That big conjunction in Aquarius was a seed point of a new era .

Related Topic(s): Age Of Aquarius; Aquarius; Astrology; Awakening; Energy; Equality-Inequity; Freedoms; Future; Mother Earth; New Moon; (more...) Planets; Power; Revolution; Story; Symbol; Taurus, Add Tags  (less...)
Add to My Group(s)
Go To Commenting
The views expressed herein are the sole responsibility of the author and do not necessarily reflect those of this website or its editors.