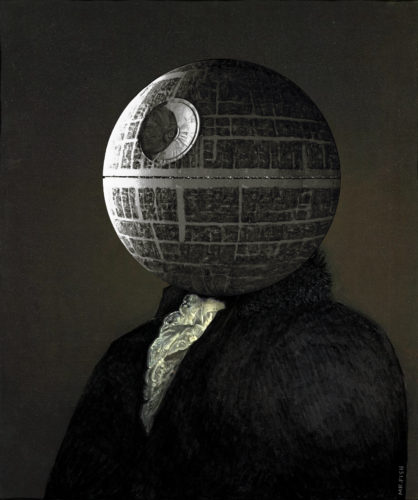 LONDON -- On Friday morning I was in a small courtroom at Westminster Magistrates' Court in London. Julian Assange, held in Belmarsh Prison and dressed in a pale-blue prison shirt, appeared on a video screen directly in front of me. Assange, his gray hair and beard neatly trimmed, slipped on heavy, dark-frame glasses at the start of the proceedings. He listened intently as Ben Brandon, the prosecutor, seated at a narrow wooden table, listed the crimes he allegedly had committed and called for his extradition to the United States to face charges that could result in a sentence of 175 years. The charges include the release of unredacted classified material that posed a "grave" threat to "human intelligence sources" and "the largest compromises of confidential information in the history of the United States." After the prosecutor's presentation, Assange's attorney, Mark Summers, seated at the same table, called the charges "an outrageous and full-frontal assault on journalistic rights."

Most of us who have followed the long persecution of Assange expected this moment, but it was nevertheless deeply unsettling, the opening of the final act in a Greek tragedy where the hero, cursed by fortuna, or fate, confronts the dark forces from which there is no escape.

The publication of classified documents is not a crime in the United States, but if Assange is extradited and convicted it will become one. Assange is not an American citizen. WikiLeaks, which he founded and publishes, is not a U.S.-based publication. The message the U.S. government is sending is clear: No matter who or where you are, if you expose the inner workings of empire you will be hunted down, kidnapped and brought to the United States to be tried as a spy. The extradition and trial of Assange will mean the end of public investigations by the press into the crimes of the ruling elites. It will cement into place a frightening corporate tyranny. Publications such as The New York Times and The Guardian, which devoted pages to the WikiLeaks revelations and later amplified and legitimized Washington's carefully orchestrated character assassination of Assange, are no less panicked. This is the gravest assault on press freedom in my lifetime.

The WikiLeaks publisher was trapped for nearly seven years in the Ecuadorian Embassy, where he had been granted political asylum. He feared being sent to Sweden to face sexual offense allegations, which he has denied, and then extradited to the United States. Two months ago, although diplomatic missions are considered sovereign territory, he was physically dragged out of the embassy by British police when the new government of Ecuador revoked his asylum and the Ecuadorian citizenship that had been granted to him. (Assange retains his Australian citizenship.) He was transported to court within three hours of his arrest, given 15 minutes to prepare a defense and summarily handed a 50-week sentence for a dubious bail violation. He was sent to Belmarsh, a notorious high-security prison in southeast London.

On Thursday, the day before Assange appeared in court, British Home Secretary Sajid Javid advanced the process for his removal to the United States by signing an extradition request. It is a clear signal to the courts where the British government stands.

We know what will be done to Assange. It has been done to thousands of those we kidnapped and then detained in black sites around the world. Sadistic and scientific techniques of torture will be used in an attempt to make him a zombie. Assange, in declining health, was transferred two weeks ago to the hospital wing of the prison. Because he was medically unable to participate when the hearing was initially to be held, May 30, the proceeding was reset. Friday's hearing, in which he appeared frail and spoke hesitantly, although lucidly, set the timetable for his extradition trial, scheduled to take place at the end of February. All totalitarian states seek to break their political prisoners to render them compliant. This process will define Assange's existence over the next few months.

Assange's psychological and physical state, which includes a dramatic loss of weight that was apparent Friday, came as Nils Melzer, the United Nations' special rapporteur on torture, spoke out after he, with two physicians, went to Belmarsh Prison to assess Assange. Melzer said Assange had undergone prolonged psychological torture. He went on to criticize what he called the "judicial persecution" of Assange by Britain, the United States, Ecuador and Sweden. He warned that Assange would face a politicized show trial in the United States if he were extradited to face 17 charges under the Espionage Act, each carrying a potential sentence of 10 years, for his role in publishing classified military and diplomatic cables, documents and videos that exposed U.S. war crimes in Iraq and Afghanistan. An additional charge that he conspired to hack into a government computer carries a maximum sentence of five years.

He does not have access to a computer, and his attorneys have complained that the heavy restrictions imposed upon him make it nearly impossible for him to prepare his case.

"I know there has been an indictment brought against me," Assange said through the video conference system. "My lawyers have not yet given me the paperwork."

"The prosecution attorney told the BBC yesterday I was wanted in the U.S. for computer hacking," he said. "This is unquestionably false. Even the U.S. admits there was no hack. No passwords were broken. There is no evidence that I, WikiLeaks or Chelsea Manning engaged in hacking. I have 175 years of my life at stake. This is a signal that the prosecution will misrepresent the charges to mislead the press."

The judge, Emma Arbuthnot, cut him off, saying "this is not the time to go into this."

Commenting in 2018 when Assange's lawyers requested that the warrant for his arrest be dropped, Arbuthnot said, "I accept that Mr. Assange had expressed fears of being returned to the United States from a very early stage in the Swedish extradition proceedings but, absent any evidence from Mr. Assange on oath, I do not find that Mr. Assange's fears were reasonable,"

Related Topic(s): Extradition; Julian Assange Imprisonment; Trials; Wikileaks, Add Tags
Add to My Group(s)
Go To Commenting
The views expressed herein are the sole responsibility of the author and do not necessarily reflect those of this website or its editors.