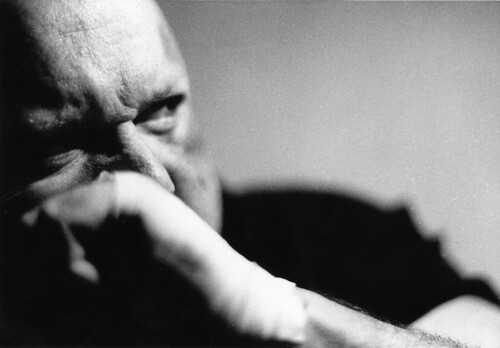 "Dish Portnoy cried for the first time in a long time. Dish's job was to comfort others in their times of trouble. He was a self-appointed and anointed healer and he was good at it. Riding on the coattails of the New Age Movement and the power of the internet, Dish had created for himself a comfortable life.

His second grade teacher called his mother one Saturday. She was concerned that he was "maybe" too sensitive and that they ought to consider having him take up boxing or Judo. Dish's high school football coach remarked to his father after a game, "He hits like a goddamned freight train, but it's embarrassing, after he knocks the bejesus out of a guy he goes over and helps him up and apologizes, it just ain't right, you see it, talk to him." Reynaldo, the fellow that cut his parents grass, told the next door neighbor one hot summer day, "Este chavo es tan simpatico." The neighbor didn't speak Spanish, but agreed.

After years of perplexing parents, coaches, bosses, and friends Dish found his calling. He responded to a plaintive post on Facebook. The poster was distraught over losing a family pet and his third wife in the same day. Dish reached out to him and after a couple of months of e-mailing back and forth a letter arrived in the mail with a four hundred dollar check inside. The fellow had moved to the country, adopted some rescue animals, come out of the closet and renewed his youthful passion for welding. Dish concluded that maybe there could be a career in doing what came natural to him; he didn't need to be a boxer or a black belt.

Unfortunately, after many years of success and contentment, things changed -- a new President was elected. He was mean-spirited and set-out to make the country mean-spirited too. It didn't take long for his proclamations, rants and policies to take effect. Dish's cash flow dried up. The citizens of the country no longer needed Dish. Meanness and cruelty and pettiness and dishonesty became all the rage.

After much soul searching and many sleepless nights Dish decided to take his second grade teacher's advice. He became a boxer and a damn good one. After eighteen months he was virtually unbeaten. He knocked-out most of his opponents by the third round. His second grade teacher, sporting a bright red cap, posted on Facebook, "The little twit finally figured it out."

One Saturday morning, after a successful knock-out victory the night before, drinking coffee and reading the morning paper, Dish found his picture on the front page of the sports section. He was celebrating the knock-out with his gloves gloriously raised in victory, fans gleefully climbing the ropes and his manager kissing his cheek -- the ring doctor could be seen attending to his opponent in the opposite corner. Tears ran down his cheeks, making salty swirls in his heavily cream laden coffee"" From "The Boxer's Lament" By Franklin Cincinnatus

Related Topic(s): Boxing; Donald Trump; Story, Add Tags
Add to My Group(s)
Go To Commenting
The views expressed herein are the sole responsibility of the author and do not necessarily reflect those of this website or its editors.