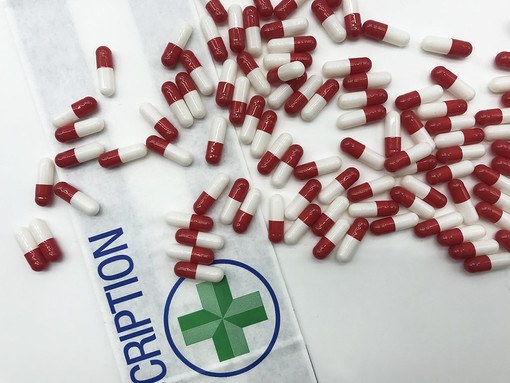 Earlier this month, Senator Warren put out a set of steps that she would put forward as president as part of a transition to Medicare for All. The items that got the most attention were including everyone over age 50 and under age 18 in Medicare, and providing people of all ages with the option to buy into the program. This buy-in would include large subsidies, and people with incomes of less than 200 percent of the poverty level would be able to enter the Medicare program at no cost.

These measures would be enormous steps toward Medicare for All, bringing tens of millions of people into the program, including most of those (people over age 50) with serious medical issues. It would certainly be more than halfway to a universal Medicare program.

While these measures captured most of the attention given to Warren's transition plan, another part of the plan is probably at least as important. Warren proposed to use the government's authority to compel the licensing of drug patents so that multiple companies can produce a patented drug, in effect allowing them to be sold at generic prices.

The government can do this both because it has general authority to compel licensing of patents (with reasonable compensation) and because it has explicit authority under the 1980 Bayh-Dole Act to require licensing of any drug developed in part with government-funded research. The overwhelming majority of drugs required some amount of government-supported research in their development, so there would be few drugs that would be exempted if Warren decided to use this mechanism.

These measures are noteworthy because they can be done on the president's own authority. While the pharmaceutical industry will surely contest in court a president's use of the government's authority to weaken their patent rights, these actions would not require Congressional approval.

The other reason that these steps would be so important is that there is a huge amount of money involved. The United States is projected to spend over $6.6 trillion on prescription drugs over the next decade, more than 2.5 percent of GDP. This comes to almost $20,000 per person over the next decade.

This is an enormous amount of money. We spend more than twice as much per person on drugs as people in other wealthy countries.

This is not an accident. The grant of a patent monopoly allows drug companies to charge as much as they want for drugs that are necessary for people's health or even their life, without having to worry about a competitor undercutting them.

Other countries also grant patent monopolies, but they limit the ability of drug companies to exploit these monopolies with negotiations or price controls. This is why prices in these countries are so much lower than in the United States.

But even these negotiated prices are far above what drug prices would be in a free market. The price of drugs in a free market, without patent monopolies or related protections, will typically be less than 10 percent of the US price and in some cases, less than one percent.

This is because drugs are almost invariably cheap to manufacture and distribute. They are expensive because government-granted patent monopolies make them expensive. We have this perverse situation where the government deliberately makes drugs expensive, then we struggle with how to pay for them.

The rationale for patent monopolies is to give companies an incentive to research and develop drugs. This process is expensive, and if newly developed drugs were sold in a free market, companies would not be able to recover these expenses.

To make up for the loss of research funding supported by patent monopolies, Warren proposes an increase in public funding for research. This would be an important move towards an increased reliance on publicly funded biomedical research.

There are enormous advantages to publicly-funded research over patent monopoly-supported research. First, if the government is funding the research it can require that all results be fully public as soon as possible so that all researchers can quickly benefit from them.

Dr. Dean Baker is a macroeconomist and Co-Director of the Center for Economic and Policy Research in Washington, D.C. He previously worked as a senior economist at the Economic Policy Institute and an assistant professor at Bucknell University. (more...)
Related Topic(s): Drug Companies- Marketing; Medicare; Prescription Drugs; Warren-Elizabeth, Add Tags
Add to My Group(s)
Go To Commenting
The views expressed herein are the sole responsibility of the author and do not necessarily reflect those of this website or its editors.