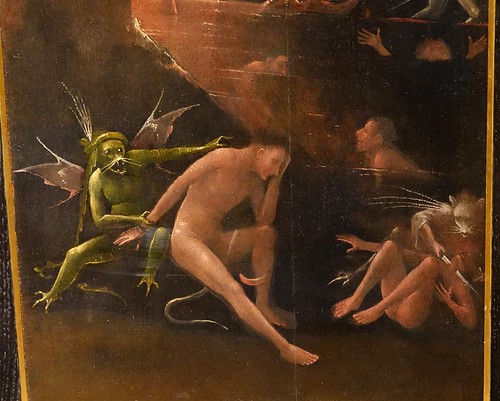 Millions claim that religion causes believers to be kind and brotherly. But an ugly flipside exists, a beast lurking in shadows behind supernatural faith. Few people grasp the wide variety of evils once done, or still done, for religion.

Back in the 1980s, I researched this field and gave a talk to our local Unitarian discussion circle. Then, on a whim, I sent my paper to Penthouse. By coincidence, it reached the sex magazine a couple of days after the Ayatollah Khomeini issued a death warrant for novelist Salman Rushdie, an act that stunned much of Western civilization. Iran's theocracy offered $1 million bounty to any devout Muslim who would murder the "blaspheming" author.

To my amazement, Penthouse paid $4,000 for my talk. Next, I sent it, with a copy of the Penthouse check, to Prometheus Books, which gave me a contract for my first book, Holy Horrors: An Illustrated History of Religious Murder and Madness. It became a successful seller. Evidently it's the only book ever written on the whole spectrum of religious atrocities. After the historic 9/11 suicide attack on America, the book was expanded and reissued as a paperback.

Ever since, I've been fascinated by the bizarre phenomena of sacred savagery, the human destruction done for supposed invisible gods that merely are imaginary, and don't exist. Some examples:

Did you know that a Catholic-Protestant cannon battle occurred in Philadelphia in 1844? A Catholic bishop complained about Protestant worship in public schools, so Protestant mobs stormed Catholic neighborhoods, burning homes and churches. Martial law was declared. Federal troops with cannons arrived to keep peace. Protestants took cannons from sailing ships at the wharf and loaded them with bolts and nails. Ensuing barrages killed two dozen.

Did you know that one of history's worst wars, the Taiping Rebellion, erupted in the 1850s because a Chinese man read Christian pamphlets and had a vision that he was a second divine son after Jesus? In the vision, God told him to "destroy demons," so he roused a million follower-warriors to seize territory from the emperor. Taipings conquered a huge part of China before they were defeated by defense armies including one led by British adventurer "Chinese" Gordon. The death toll is estimated around 20 million.

Did you know that Mexico's Cristero War in the 1920s killed 90,000? It happened because the government tried to halt church control over society. Bishops retaliated by stopping worship services which sent ardent Catholics, and a few priests, into armed rebellion. Slaughter was horrendous. U.S. diplomats finally negotiated a cease-fire. In 2000, the Vatican conferred sainthood on 23 Cristero figures, and later beatified 13 more.

Currently, Muslim suicide bombers kill themselves and surrounding "infidels" at a rate of about one massacre per day. Arguably, it's the worst cause of world bloodshed since the Cold War ended.

On and on it goes. The record of holy cruelties and atrocities is too vast to count. Let's consider just one topic, human sacrifice:

Ancient Greeks sacrificed thousands of animals and occasional people to a fanciful array of invisible gods who supposedly lived atop Mount Olympus. Legend says that King Agamemnon sacrificed his daughter Iphigenia to induce the goddess Artemis to provide wind so his fleet could sail to the Trojan War.

In the 1500s, Aztec priests sacrificed an estimated 20,000 victims per year to many gods, including an invisible feathered serpent and other fantastical deities.

In the 1800s, India's Thugs strangled about 20,000 victims yearly for the many-armed goddess Kali before British rulers found 3,689 stranglers and hanged many of them. Supposedly, Thugs believed that Brahma the creator was making lives faster than Shiva the destroyer could end them, so they killed on behalf of Shiva's consort Kali.

Pre-Inca priests of Peru burned as many as 200 children in great ceremonies to appease bizarre gods. Druids of Gaul allegedly put victims into man-shaped wicker constructions and burned them. In Borneo, builders of pile houses drove the first pile though a maiden's body to placate the earth goddess. In Tibet, Bon shamans performed ritual killing. In Africa, Ashanti priests sacrificed about 100 yearly to bring a good yam harvest. In 1838 a Pawnee Indian girl was cut into pieces to fertilize newly sown crops.

Related Topic(s): Horror; Murder; Priests; Religion; Sacrifice; Suicide; Wars, Add Tags
Add to My Group(s)
Go To Commenting
The views expressed herein are the sole responsibility of the author and do not necessarily reflect those of this website or its editors.