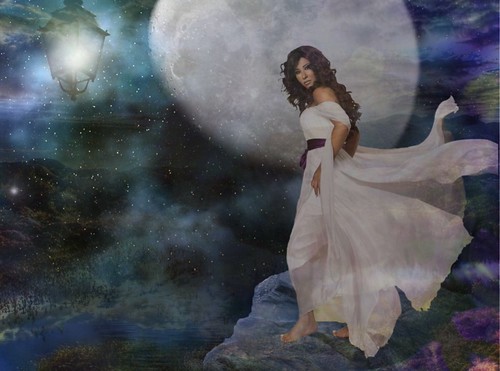 The European Southern Observatory -- a fifteen-nation consortium that operates telescopes in Chile -- released a photo of two galaxies colliding. Here's the stunner: It happened seven billion years ago, when the universe was younger, but it took seven billion years for fast-traveling light to reach Planet Earth. To look at the image today is looking backward in time through incredible eons.

If you follow science, you may get an eerie sense that daily reality -- people, houses, cars, trees, air, earth and all the rest -- is just a shred amid a hugely greater array of existence. Philosopher-engineer R. Buckminster Fuller put it this way:

Here are some random examples:

Each cell of your body (except red blood cells) has about six feet of DNA tightly coiled into 46 chromosomes in its nucleus. Since the human body has an estimated 37 trillion cells, each person contains perhaps 30 billion miles of DNA.

When you sit perfectly "still," you're traveling vastly faster than a bullet -- 1,000 miles per hour with Earth's rotation (at the equator), 67,000 mph with the planet's orbit around the sun, 486,000 mph with the solar system's whirl around the Milky Way galaxy, and an estimated 1.3 million mph with the galaxy's travel through the universe. A bullet goes about 3,000 mph.

When electrons come loose from atoms, they can make spectacular lightning or the current flow driving the entire modern electrical age. In most atoms, electrons are placid because they're paired in couples of opposite "spin" (which doesn't mean whirling). But iron atoms have a few electrons that aren't paired, making each atom a magnet. When all the atoms in a piece of iron become aligned, it creates a magnet powerful enough to make maglev (magnetic levitation) trains hover above rails. The spin of electrons is more powerful than gravity.

Einstein's relativity is fully accepted today. But ask yourself: Can time really slow down and dimensions shorten as speed increases?

Einstein's famed E=MC2 equation showed that matter and energy are interchangeable. Less matter than a dime turned into energy at Hiroshima in 1945.

Nobody really knows what subatomic particles are. Sometimes they're objects; sometimes they're waves. They seemingly exist in several places at once. They're "the dreams of which stuff is made," one physicist said. Some "virtual particles" appear and vanish in pure vacuum.

Physicists Paul Davies and John Gribbin wrote a book titled The Matter Myth, which contends that "materialism is dead." Quote:

"Quantum physics undermines materialism because it reveals that matter has far less substance than we might believe.... An extension of quantum theory, known as quantum field theory... paints a picture in which solid matter dissolves away, to be replaced by weird excitations and vibrations of invisible field energy. In this theory, little distinction remains between material substance and apparently empty space, which itself seethes with ephemeral quantum activity."

Related Topic(s): Atoms; DREAMS; Matter; Reality; Science, Add Tags
Add to My Group(s)
Go To Commenting
The views expressed herein are the sole responsibility of the author and do not necessarily reflect those of this website or its editors.