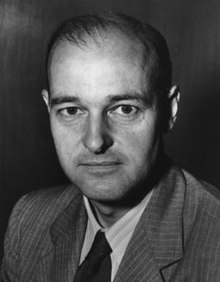 February 22nd marks 75 years since George F. Kennan sent his famous "Long Telegram" to the State Department in which he provided an assessment of the Soviet Union that is credited with shaping the U.S. containment policy of the Cold War. The Cold War, in turn, saw various conflicts, scores of covert operations, regime changes, and a nuclear arms race.

Conventional wisdom generally has it that Kennan's assessment of the Soviet government was accurate. But was it? And if it wasn't accurate, why has it been treated as a brilliant analysis that underpinned a policy still characterized as an inevitable necessity?

In order to answer those questions, it is necessary to look at who George F. Kennan was, what the main points of his analysis were and how they have held up to the historical facts, as well as the political context in which his assessment was received.

Who Was George F. Kennan and What Shaped His Thinking?

George Frost Kennan graduated in 1926 from Princeton University with a degree in history. With an interest in international relations and a knack for picking up languages, he entered the Foreign Service. The State Department eventually offered to pay for graduate study of Chinese, Arabic or Russian. Opting for the latter - partly due to his famous namesake cousin's travels and writings in Siberia - he enrolled in a new program for the study of Eastern European Affairs. Subsequently, he was stationed in the Baltic States (Estonia, Latvia and Lithuania) for a period. By 1929, he was taking Russian history at the University of Berlin and learning the language from a combination of private tutoring and autodidact studies.

Kennan was a keen observer with an eye for detail, contributing to his writing prowess, which he developed early in his diplomatic career. He also had a sensitive disposition that sometimes tended toward the dramatic as can be seen from some of his letters and diary entries. He was plagued with ulcers throughout most of his adult life, along with other ailments, which prompted many months of recuperation away from his assigned locales at various times.

In the early years of his study of Russia, he leaned toward an Orientalist view of his subject, making sweeping generalizations even to the point of caricature about the nature of Russia, the Asiatic influence and its alien aspects. During the war, he even admitted to trying to subject Russian history and culture to Freudian psychoanalysis. Though he would temper this somewhat over the years, this tendency toward oversimplification would still be seen in his Long Telegram.

By the early 1930's, Kennan's growing expertise had gotten the attention of others in the State Department. When the Roosevelt administration decided to officially recognize the Soviet Union - the result of pressure from the business community as the U.S. had become its #1 importer - ambassador William Bullitt lobbied hard for Kennan to be appointed to set up a new embassy in Moscow. Despite misgivings about his perceived inexperience, Kennan was given the green light for the job.

Throughout his tenure in the Soviet Union in the 1930's, Kennan admittedly had limited contact with average Russians. However, for most of 1934, Kennan noted a relatively relaxed atmosphere in Moscow. Upon his return to the country in November of 1935, after months away on medical leave, he discovered many of his American colleagues had left and most of the Russians he had built relations of some kind with were no longer around. There was also more supervision from Soviet authorities along with an influx of spies at the embassy.

From 1936 to 1938, Kennan personally observed many of the show trials that were part of Stalin's violent purges, often serving as US ambassador Joseph Davies' translator and assistant. This solidified Kennan's inclination toward viewing the Soviet government as morally repugnant and would contribute to his hardline views during and right after World War II.

Davies - a corporate lawyer, friend of Roosevelt and a contributor to his campaign - was viewed by Kennan and several others in the State Department as a dangerous dilettante who whitewashed Stalin and the Soviet government, reinforcing the president's misguided policy of engagement with the Soviet dictator. According to diplomatic historian John Lukacs, who corresponded years later with Kennan about the background of his thinking in the lead up to the Long Telegram, Kennan stated that Roosevelt was naïve for thinking Stalin being treated as an equal would lead to a reasonable post-war arrangement. Kennan believed that pursuing this policy at the expense of Churchill, whom Roosevelt sometimes gave a cold shoulder to in order to curry favor with Stalin, was a serious mistake and allowed Stalin to triangulate with his wartime allies.

According to historian Susan Butler in her book, Roosevelt & Stalin: Portrait of a Partnership, Roosevelt was playing the long game, motivated to win Stalin's trust in order to get him to support the United Nations (UN). After winning the war itself, Roosevelt's priority was to prevent the devastation of a third world war. Of course, this was meant to happen within the context of a U.S.-dominated global order. The UN was the vehicle through which that goal was to be pursued.

Kennan actively opposed Davies and his agenda, now writing from his position in the European Division of the State Department in Washington. This was after Kennan left Moscow in early 1937 due to mutual antipathy between the two men. His reports on the Soviet Union were designed to "balance out" Davies' "overly optimistic" reports to the president. Eventually, Stalin became aware of Kennan's writings and perceived them to be attempts to "turn Roosevelt personally against" the Soviet Union.

After Roosevelt's death in April of 1945, Ambassador Averell Harriman rushed to Washington to brief Harry Truman on matters relating to the Soviet Union. He advised the new president that Stalin viewed U.S. restraint as weakness and therefore believed he could operate with a free hand, fearing few consequences from Washington. Truman, a foreign policy novice, was also taking advice from his friend and anti-Soviet hardliner, James Byrnes. Truman would ultimately make Byrnes his Secretary of State.

Related Topic(s): Cold War; Cold War I; George Kennan; Hegemony; History; NATO; Russia; Soviet Union; World War Ii; World War Two, Add Tags
Add to My Group(s)
Go To Commenting
The views expressed herein are the sole responsibility of the author and do not necessarily reflect those of this website or its editors.