As Mark Adomanis, an expert on Russian demographics, noted in a Forbes article pointing out several basic facts that president Obama got wrong about Russia in his interview with The Economist last summer, Russia is second in the world only to the United States in immigration. Most of the immigrants are from the former Soviet republics, particularly Central Asia, and the influx has created an important political issue: "Several of the most consequential political disagreements in Russian society revolve around the question of how to deal with immigration. Anyone who thinks that Russia isn't dealing with a significant debate over immigration simply doesn't know anything about the country."[tag] 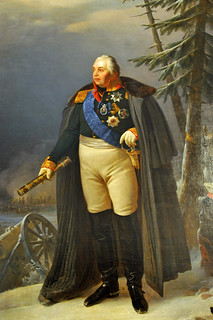 Further challenging the typical western narrative that Russia is the armpit of the world and no one in their right mind could possibly want to live there, it should also be noted that a recent poll conducted by the Levada Center found only 10% of Russians thought they might enjoy living abroad while only 5% regularly thought about leaving.

Myth #2: Russia is on the Verge of Collapse

Russia is actually a much more resilient society than the western media would have one believe. A harsh climate and a history of being invaded numerous times from different directions has created a culture of stamina and resourcefulness. There is, therefore, more going on in Russia that may provide a sense of pride and an incentive for Russians to stay in Russia than the average American may be aware of.

Russia is no doubt suffering a financial crisis, but not an economic one. The fact that a low oil price occurred in tandem with a devalued ruble has actually protected the country's budget and trade balance. Russia saw industrial and agricultural growth in 2014 and the government is providing assistance to small and medium sized businesses to advance import substitution. Unemployment remains under 6% -- comparable to the United States. Even mainstream media outlets like Newsweek and Bloomberg, normally sour in their reporting on Russia, are starting to acknowledge the reality that Russia's economy is not down for the count and the West's sanctions project to back Russia into a corner is largely a failure.

The main concerns in Russia are increased inflation (cumulatively around 17%) and decreased finance capital. An AP/NORC survey from December 2014 revealed that, despite these problems, most Russians are still optimistic about their personal financial future and believe the country is headed in the right direction.

Several important business and infrastructure projects are in progress, including an energy bridge to Crimea with the first of two electricity cables to be laid along the bottom of Kerch Strait by the end of 2015. Throughout the mainland, there are several impressive architectural projects being designed and built, such as a multi-use environmentally friendly commercial square in St. Petersburg, a Science and Technology Museum and Park in Tomsk, a wild urbanism project in Zaryadye, Moscow and a mixed use tower for living, shopping and leisure activities which will incorporate sustainable energy use. For more details and design images, see here.