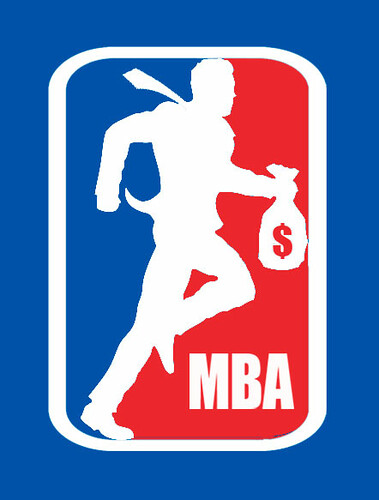 Why would Democratic senators join their Republican colleagues in pushing a bill that lays out a rich banquet of goodies before some of America's worst bankers, and increases the risk that taxpayers will have to bail them out?

Here are 24 million reasons: These 16 Democrats have collectively received $24,488,961 in campaign contributions from savings and investment firms and commercial banks. They have also received $42,246,555 from lawyers and law firms, some of which represent banking interests, and $4,318,208 from lobbyists.

The bill, which rolls back many of the key protections enacted after the 2008 financial crisis, will go before the full Senate shortly. It increases the risk of future bank bailouts and systemic financial crises. It also makes it easier for banks to get away with redlining, and discriminate against the very voters Democrats claim to represent.

With their vote, which all but guarantees the eventual passage of the deceptively named "Economic Growth, Regulatory Relief, and Consumer Protection Act," these Democrats gave Republicans the key to victory for an effort that began with an "in-person push" by lobbyists in Donald Trump's office.

In the face of criticism from activists, and from fellow senators like Elizabeth Warren, Bernie Sanders, and Sherrod Brown, these senators are defending their actions by attempting to mislead voters about the bill's contents. (Their false claims, which mirror those of President Trump and other Republicans, are refuted here.)

As Sen. Sanders said after the vote, "Congress now wants to deregulate some of the same banks that helped cause the 2008 financial disaster."

As David Dayen reports for The Intercept, the bill claims to assist community banks, but is laden with special favors for banks of all sizes. Most of its provisions apply to institutions with up to $250 billion in assets, which means many of the worst actors of the 2008 financial meltdown, like mortgage lender Countrywide Financial, would have enjoyed the bill's lack of scrutiny.

Other beneficiaries of the bill's largesse include Citigroup, which had wanted to see its weakening of the leverage ratio extended to our nation's largest banks. Perhaps not coincidentally, Citigroup -- which is closely associated with the Democratic administrations of presidents Clinton and Obama -- got its wish in this bill.

Dayen quotes Sen. Coons as saying, "There are a dozen different players who decided this (bill) is the last bus out of town."

The Vote That Mattered

One or more of these Democratic senators may attempt to insulate themselves from the final vote for this bill, but this was the vote that mattered. The "motion to proceed" allowed Republicans to overcome the 60-vote hurdle the GOP used so ruthlessly against the majority when Dems were in power. Once that obstacle is overcome, future votes against the bill will be meaningless -- nothing more than another attempt to deceive voters.

"I don't think a bill like that is good for anybody in America," Sen. Warren said last week of the measure. But she was speaking only of voters. The bill is clearly good for corrupt, irresponsible, and lawbreaking bankers. And votes like these can be very good for the politicians who cast them.

Related Topic(s): American Capitalism; American Hypocrisy; Bailout; Bankers; Democratic Sellout; Democrats, Add Tags
Add to My Group(s)
Go To Commenting
The views expressed herein are the sole responsibility of the author and do not necessarily reflect those of this website or its editors.