Resistance was the watchword this year. These honorees not only refused to go backward; they challenged old orthodoxies. 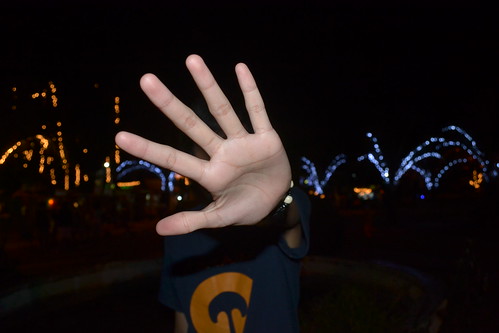 "Resistance" was the watchword for 2017. Resistance not just to Donald Trump, but to a status quo that gave our most powerful bully pulpit to an actual bully. Progressives not only refused to go backward in 2017; they demanded a new conversation that challenged old orthodoxies. The hashtag #MeToo became the bellwether for a national dialogue about sexual abuse, workplace discrimination, and equal rights that is opening the way for societal transformation.

The stunning electoral victories of nontraditional candidates in unexpected places signaled that a new politics really is possible. What began as a frightening and frustrating year ended with Alabama voters rejecting one of Trump's most vile allies in favor of a decent Democrat, Doug Jones, who claimed his victory in that state's senatorial contest by citing one of Martin Luther King Jr.'s favorite quotations: "The moral arc of the universe is long, but it bends toward justice." Here are some of the progressives who bent the arc in 2017.

When Steve Bannon declared last February that the Trump administration was working toward "the deconstruction of the administrative state," Warren recognized precisely what was at stake. The senator from Massachusetts knew that while the Trump agenda might frequently be hobbled by GOP disarray in Congress and judicial pushback, it would be advanced by the president's appointees to cabinet posts and regulatory panels. Warren made it her mission to challenge Trump's picks. Her diligence (along with that of the unions) helped prevent one of Trump's worst nominees, fast-food executive Andrew Puzder, from becoming labor secretary. Her probing questions in confirmation hearings and searing speeches on the Senate floor so rattled Republicans that they tried to shut her down.

When Warren opposed Trump's nomination of Jeff Sessions as attorney general by reading, from the Senate floor, a 1986 statement by Coretta Scott King opposing Ronald Reagan's nomination of Sessions to serve on the federal bench, majority leader Mitch McConnell rushed to silence her. Charging that she had "impugned the motives and conduct of our colleague from Alabama," the Republican got his colleagues to bar Warren from participating in the remainder of the debate. "She was warned," McConnell announced. "She was given an explanation. Nevertheless, she persisted." The majority leader had unwittingly created a meme; the "she persisted" line, which now adorns T-shirts, posters, and bumper stickers, became the preeminent rallying cry of 2017.

Related Topic(s): Politics; Progressive Honor Roll For 2017; Progressive Values; Resistance, Add Tags
Add to My Group(s)
Go To Commenting
The views expressed herein are the sole responsibility of the author and do not necessarily reflect those of this website or its editors.