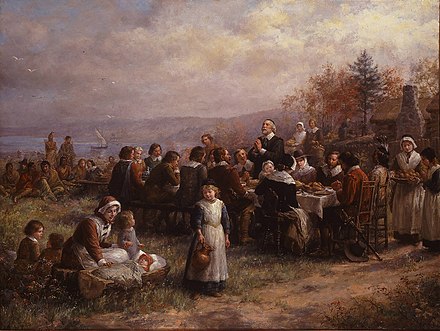 It's Thanksgiving week in the United States. Since 1942 by act of Congress, and intermittently before that since the arrival of British settlers in North America, Americans have enjoyed a Thursday holiday around the end of November.

This year, the words of President Abraham Lincoln's 1863 proclamation ring especially true: "I recommend to them that while offering up the ascriptions justly due to [God] for such singular deliverances and blessings, they do also, with humble penitence for our national perverseness and disobedience, commend to his tender care all those who have become widows, orphans, mourners or sufferers in the lamentable civil strife in which we are unavoidably engaged ..."

It's been a rough year, hasn't it?

As I write this, the US Centers for Disease Control and Prevention reports nearly 12 million confirmed cases of COVID-19 and more than a quarter of a million deaths in the US.

Operating on Rahm Emanuel's "never let a crisis go to waste" principle, politicians in cities and state capitals across the country jumped on the pandemic as the go-to excuse for seizing powers never before contemplated in our nation's law or history, placing millions of Americans under de facto house arrest without charge or trial and, in the process, cratering the national economy.

We're also going through a bruiser of a presidential election. No, it's not over. The electors we chose on November 3 won't meet and cast their votes until December 14.

The loser in the November 3 contest, in which those electors were chosen, continues to engage in public posturing and vexatious litigation for the purpose of creating an alternate history in which he was robbed of an honestly won victory. We can expect Donald Trump and his party to hype that myth for political gain in coming years, just as his Democratic opponents used the "Russiagate" fairy tale to dispute his own victory in 2016.

So, what's there to be thankful for?

Well, the pandemic is going to end sooner or later. Sooner if the politicians let it, later if they continue playing their power games. We're probably not going to "beat" COVID-19. The more likely outcome is that its weaker strains will become endemic. But humanity has survived far worse, and will survive this, and may even hold its Andrew Cuomos and Gretchen Whitmers and Gavin Newsoms legally culpable for their crimes.

Also worthy of thanks: More than one in every one hundred Americans who voted in the November presidential election supported Libertarian nominee Jo Jorgensen instead of either of the two creepy, handsy, senile, corrupt authoritarians put up by "major" parties. Yes, a plurality would have been nicer, but it comforts me to know that in any random crowd of 100 Americans I'll likely find at least one who's not a freedom-hating death-cultist.

Maybe "better than nothing" isn't the most inspiring slogan for Thanksgiving, but it's what we've got. Selah.

Related Topic(s): Thanksgiving, Add Tags
Add to My Group(s)
Go To Commenting
The views expressed herein are the sole responsibility of the author and do not necessarily reflect those of this website or its editors.