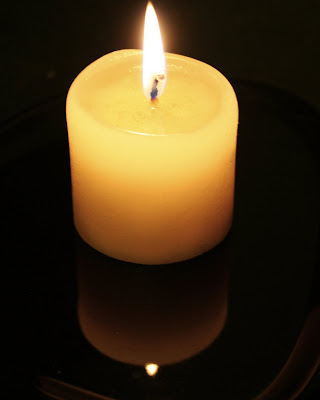 There will be a lot of talk in the media and out in the blogosphere about what happened to this country ten-years-ago Sunday. I don't have a hell of a lot to add to the discussion.

In spite of the passage of an entire decade, it refuses to fade from memory, that's for sure. Those attacks might as well have occurred a couple of hours ago - they are that ingrained into our collective consciousness. That it was the most depressing and horrifying day in the lives of most of us is hard to argue with. And the addition of ten years of 20/20 hindsight only adds to the despair. You see, it is now crystal clear -- in a way that it was not at the time -- that America's luck ran out on September 11, 2001.

And how lucky we were. All throughout our incredible history, whenever this country was faced with an unprecedented crisis, fate had always placed in the executive mansion - by pure happenstance - a leader of great wisdom and ability. Abraham Lincoln and Franklin Delano Roosevelt come immediately to mind. That wasn't the case on September 11, 2001.

The terrible carnage of 9/11 was only the beginning. Our "rulers" (I refuse to describe them as "leaders") used the devastating events of that day as an excuse to plunge this once-great nation into economic ruin via two unfunded wars, while simultaneously granting massive tax cuts for a class of people who already had more money in their bank accounts than they knew what to do with. The results were as predictable as the setting sun. The use of that metaphor is by no means accidental.

If Osama bin Laden's mission on September 11, 2001 was the complete and utter destruction of what used to be the "United" States of America, he succeeded beyond his wildest dreams.

I'm going back to bed.

Tom Degan is a former Green Party candidate for New York State Senate. He writes on a blogsite called, The Rant by Tom Degan. He is the recipient of the Presidential Medal of Freedom.....Okay, he didn't really receive the Presidential Medal of (more...)
Related Topic(s): Consciousness; History; History; People; People; Year In Review, Add Tags
Add to My Group(s)
Go To Commenting
The views expressed herein are the sole responsibility of the author and do not necessarily reflect those of this website or its editors.