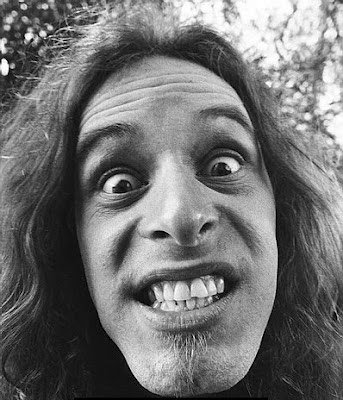 (Image by Unknown Owner)   Details   DMCA
Still looking for reasons to reelect Barack Obama next November? Here's a dandy one:

"I'll tell you this right now: If Barack Obama becomes the president in November, again, I will either be dead or in jail by this time next yea r."

I don't go to rock concerts very much anymore. To be honest with you, as I get a bit older I've become less "crowd friendly" than I once was. But back in the day I was quite the concert-goer indeed. One night a group of friends literally had to drag me down to New York City to attend a concert that was being performed by a newcomer named Ted Nugent. As I recall, the event took place at Madison Square Garden. It was 1977 and I was eighteen. At the time, Nugent's new album, " Cat Scratch Fever " was all the rage among teenaged guy s. I was in the minority. I had heard the LP enough times on my friend Paul Scesa's 8-Track machine to render a verdict on the man's worth as a singer, musician and composer. I was not very impressed with what I heard to put it mildly. In the parlance of the day, I thought the guy sucked. I still do.

Less than half way through the Nugent's performance that night, I told my gang that I would meet them back at the car when the show was over. I spent the rest of the evening at a bar on West 32nd Street, gulping down gin-and-tonics, my beverage-of-choice at the time. The drinking age was eighteen back then. It was the only time in my life I ever walked out of a rock concert. Honestly, the guy was that bad.

You might call Ted Nugent "the one-hit wonder that just won't go away". Countless times in the past, just when I think old Teddy boy has been hurled back into permanent obscurity where he rightfully belongs, he somehow manages to resurrect himself - always by saying something incredibly stupid . True to form, he's done it again:

"If the coyote's in your living room, pissing on your couch, it's not the coyote's fault. It's your fault for not shooting him."

The "coyote" in this case is President Barack Obama. 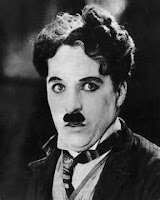 (Image by Unknown Owner)   Details   DMCA
Our government has wasted too many taxpayer dollars down through the years "investigating" people in show business. John Lennon and Charlie Chaplin have enough paper in their respective FBI files to fill your average Encyclopedia Britannica. Incredibly these two men were seen somehow as a "threat" to the peace and security of the free world. Can you believe that? But I've gotta tell you that I was happy to learn that the Secret Service is launching an inquiry into Nugent and the statements he made. What makes matters worse is the fact that he spoke these words at a gathering of the NRA!

This is serious stuff, kids. It has nothing to do with "freedom of speech". Inciting any of the dim-witted masses to assassinate the president of the United States is beyond foolhardy and reactionary. It's criminal. I'm sure in his mind he was only making an innocent "analogy". But I think it's fair to conclude that he's not smart enough to realize that most of the people he was addressing aren't smart enough to know the difference between metaphor and reality. I'll be blunt. Some of those NRA types aren't exactly Rhodes Scholars if you know what I mean.

If you've read this blog with even a molecule of regularity during the last six years, you know that I was not ( to put it as mildly as is possible ) a huge fan of George W. Bush. But I never - publicly or privately - wished the despicable little thug any physical harm. In fact I used to pray out loud that he'd be kept safe from an assassin's bullet. The last thing we need is the body of a right wing martyr for the extremists to rally around. Can you just imagine how the Tea party imbeciles would react to something that weird??? If you think they're nuts now....

Some more jolly thoughts from the wit and wisdom of Ted Nugent:

"If you can't go home and get everybody in your lives to clean house in this vile, evil, America-hating administration, I don't even know what you're made out of....We need to ride into that battlefield and chop their heads off in November."

Is this guy available for children's parties? 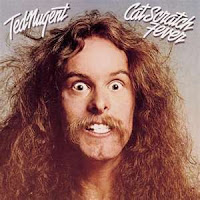 (Image by Unknown Owner)   Details   DMCA
If I'm writing about a person who has made the news, I usually spend about three to four hours researching them beforehand. I really can't be bothered with Ted. I know everything about him I need to know and I want to know nothing more. Quite obviously the man is a no-talented fool and a has-been. He hasn't charted anything in decades. The only way he can give his royalties a little boost every now and then is by coming out in public with a full-tilt freakout against commies, hippies, pinkos and lefties. It really is kinda sad when you think about it.

Tom Degan is a former Green Party candidate for New York State Senate. He writes on a blogsite called, The Rant by Tom Degan. He is the recipient of the Presidential Medal of Freedom.....Okay, he didn't really receive the Presidential Medal of (more...)
Related Topic(s): Jail; Obama; People; Rock, Add Tags
Add to My Group(s)
Go To Commenting
The views expressed herein are the sole responsibility of the author and do not necessarily reflect those of this website or its editors.