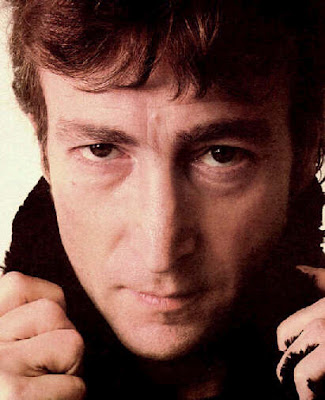 (Image by Unknown Owner)   Details   DMCA
Nothing to do to save his life. Call his wife in....

The passage of twenty-eight years does little to alleviate the sense of shock and horror that we felt on that awful night, Monday, December 8, 1980. It was unseasonably warm, that much I distinctly remember. It had been a pleasant day right up to the moment the news came over the television. In the early afternoon I saw on HBO, the Peter Frampton/Bee Gees debacle, Sgt. Pepper's Lonely Hearts Club Band - one of the worst movie musicals ever made. Late in the afternoon and early evening, I saw for the very first time, the Marx Brothers' 1932 classic, Duck Soup - a masterpiece. I remember wondering to myself whether or not John Lennon had ever seen this film. It's comic lunacy combined with an anti war theme would appeal to him, I thought.

Irony of ironies: I had quit my job as a radio DJ earlier in the week. The man who owned the station, a legendary New York Disc Jockey who shall remain nameless (sorry, cousins) had turned out to be a real impudent son-of-a-b*tch to work for. The very last thing I did before I walked out of the place forever was play the new John Lennon single, (Just Like) Starting Over.

At exactly eleven thirty, after having watched a rerun of M*A*S*H (an episode from the early years when that series was still watchable) I went back to the book I was reading, John Toland's massive biography of Adolf Hitler. Deep in concentration, I was barely aware of the news bulletin that was being relayed on W-NEW channel Five. All of the sudden, my subconscious was jarred by what I thought were the words, "John Lennon". I quickly looked up at the TV to hear the announcer say:

"....is in critical condition at Roosevelt Hospital with multiple bullet wounds."

"Did I just hear that?" I said to myself, probably out loud, "Nah! Who the hell in their right mind would shoot John Lennon?"

I went back to the book. Hardly twenty seconds had elapsed when the telephone rang. It was my brother, Pete. I could tell by the first syllable out of his mouth that I had indeed heard what I thought I had only imagined.... ' Imagine....

I went back to the television and turned the channel to the American Broadcasting Company. I knew that the Monday night football game was still in progress and they had not yet broadcast their late evening news. Within a few short minutes the game was interrupted with a "Special Bulletin". The person who made the announcement was a woman named Roseanne Scamardella:

"FORMER BEATLE JOHN LENNON IS DEAD. HE WAS SHOT A SHORT TIME AGO. POLICE HAVE A SUSPECT IN CUSTODY."

Back and forth I paced the apartment - shell shocked, in a blind grief-stricken rage and in utter disbelief. By chance, my eyes happened to wonder toward the stereo system on the bookshelf. The record resting on the turntable was called, The Beatles First, a collection of their earliest recordings, made in Hamburg, Germany in the summer of 1961 which I had been listening to earlier in the evening.

Then came the dreadful, televised image that brought the reality of what was happening crashing down with a vengeance too horrible to even contemplate: the image of John Lennon's lifeless corpse, wrapped in a body bag, strapped to a stretcher, being loaded like so much cargo into a hearse bound for the morgue. For the first and last time in my life, I drank a bottle of scotch, a drink I usually can barely stomach. It was the only alcohol available that evening. I would never have been able to sleep otherwise.

The next day's headlines only confirmed what many of us, upon awakening from our troubled slumber, had hoped had merely been a terrible dream:

The final act of insanity in this insane nightmare would be committed by Rupert Murdoch's New York Post. Three days after the murder, they sneaked a photographer into the city morgue. The next day's front page showed a close up of John's dead face; discolored and bloated by three days of rigor mortis.

The passage of nearly three decades has somewhat softened the hero worship I felt in my teens and early twenties for the man who went by the pseudonym, Doctor Winston O'Boogie. Albert Goldman's mean spirited and discredited 1989 biography notwithstanding, the books and memoirs that have been issued in the years since his death have revealed a flawed and psychologically tormented human being; a genius who transformed his generation, and yet a man who was capable of great cruelty and heartlessness in his relationships with the ones who loved him the most. To be frank, there were periods in his tumultuous life where I imagine I would not have chosen to be a friend of John Lennon's. The man was all-too-human.

When I was about fifteen, I purchased an LP of a series of interviews he gave in 1969 and 1971 to the British journalist David Wigg. After hearing it for the first time, I came to the conclusion that the man was just about as hip as is possible to be. Listening to that record today, however, the Liverpudlian guru I had imagined him to be as a wide-eyed teenager, comes across as hopelessly naive in many areas.

Posthumous revelations and decades of hindsight aside, nothing can ever - or should ever - take away the sense of grief and loss we all felt on that horrible night twenty-eight years ago today, when John Lennon was forever taken from our midst by an insane act of cold blooded murder. That this brilliant, talented, screamingly funny guy could have fallen victim to the ultimate act of violence was impossible to even comprehend. Even now, all these years later, the entire event seems surreal.

All you need is love. I believed it then and I believe it still. That was John Lennon's greatest gift to the human race. He showed his troubled generation that we are the makers of our own dreams; that even in a world run by corrupt politicians and dictators, hell-bent on violence and bloodshed, life can be beautiful and that world peace is attainable if only we all made a serious effort to achieve it. Peace is not something that should be expected to occur naturally, like the rising of the moon. It has to be carefully, lovingly nourished and nurtured. "Love is a flower" , he told us, "You've got to let it grow".

All he was saying was, "Give peace a chance".

Had he not chosen music as a profession, we would still be talking about John Lennon twenty-eight years after his death, I am convinced of that. When he decided to pick up the guitar, the world lost a great comedian. Oh, man! Was he funny! The human race was introduced to the twisted humor of John Lennon early on in 1964, when he published a book of poems and sketches called In His Own Write. One piece of lovably bent prose that stands out is an hysterically funny little verse called Good Dog Nigel:

Arf! Arf! He goes a sight Our little hairy friend Arf! Upon the lamppost bright Arfing 'round the bend

Nice dog! Goo boy! Waggie tail and beg Clever Nigel, jump for joy Because we're putting you to sleep at three o'clock, Nigel ' What can I tell you. The man was a hoot. ' We can still hear that beautiful, otherworldly voice, forever young, eternally irreverent. John Lennon left an indelible mark on our culture that cannot be denied. He is still a very real part of our lives, almost as much as he was all those years ago when he walked amongst us. Thanks to the miracle of recorded sound, the voice of John Lennon can still be heard, a lingering ghost from our past that refuses to fade into the void. At least we have that to be grateful for. Dr. Winston won't be going away any time soon. ' When a celebrated person passes on, we may pause and reflect for a moment on his or her life and career, but then we move on. We may watch with appreciation the brilliant performance of a long dead James Dean in the film Giant and not think a thing about his absence from our lives. That's not the case in this instance. ' I sure do miss John Lennon. ' Before you cross the street Take my hand Life is what happens to you While you're busy making other plans '

Anyone who was living in Goshen, NY in December 1980 will remember this:

Six days after he died, on Saturday the fourteenth, a worldwide vigil in John's memory was held at 2 PM EST. For ten minutes there was silence - peace - all across the planet earth. I had a couple friends over to observe the event on television. In the village of Goshen, although it had been a clear and sunny day, the moment the vigil began at two o'clock, it began to snow - and not just flurries - for ten solid minutes there was a blinding blizzard. At exactly 2:10, the moment the vigil ended, the snow stopped and the sun came out. His child-like, 1971 anthem, Imagine, drifted through the ether:

It was only at that moment that I felt happy for John Lennon.

The photograph of John Lennon at the top of this posting, was taken late in the afternoon of December 8, 1980, just hours before he was murdered. ' SUGGESTED READING:
JOHN LENNON: The Life by Philip Norman

In forty-three days, we'll have a new president. Hang in there.

Tom Degan is a former Green Party candidate for New York State Senate. He writes on a blogsite called, The Rant by Tom Degan. He is the recipient of the Presidential Medal of Freedom.....Okay, he didn't really receive the Presidential Medal of (more...)
Related Topic(s): Comedy; John Lennon; Music; Peace Activism; Political Assassinations; Populist Icon, Add Tags
Add to My Group(s)
Go To Commenting
The views expressed herein are the sole responsibility of the author and do not necessarily reflect those of this website or its editors.