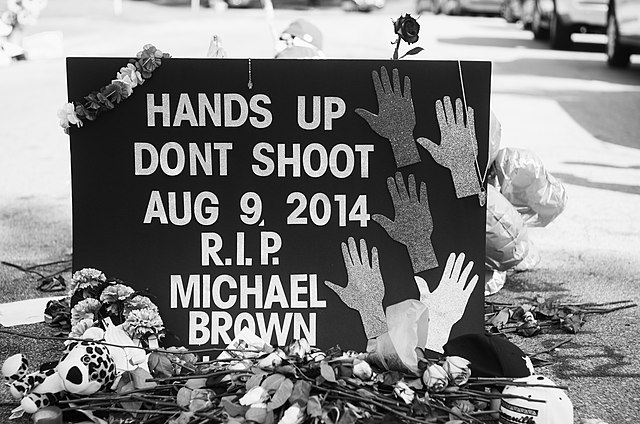 As the 2014 shooting death of 18-year-old Michael Brown by Ferguson police officer Darren Wilson was litigated in the court of public opinion, Ferguson's police department released video which appeared to show Brown robbing a local store a few minutes before his fatal encounter with Wilson.

A new documentary, Stranger Fruit, includes additional, mostly previously unnoticed, footage which seems to call that interpretation (and the attendant perception of Brown's character) into question. Filmmaker Jason Pollock believes it shows that what happened was not a robbery, but an exchange of marijuana for cigarillos.

I'm no more sure what to believe about the footage and its import than I am of precisely what happened that day between Brown and Wilson. But I am sure that the last person entitled to have his opinion on the matter taken seriously is St. Louis County, Missouri prosecutor Robert McCulloch.

McCulloch calls Pollock's theory "just stupid" and "just nonsense." But it was McCulloch whose epic, and apparently intentional, mishandling of the formal investigation made speculative inquiries like Pollock's inevitable. Stranger Fruit exists because Robert McCulloch wanted neither to do his job nor to be seen as not doing it.

As a prosecutor, McCulloch had discretion to do one of three things.

He could charge Wilson with a crime, presenting evidence to sustain the charge in a public preliminary hearing.

Or he could take the case to a grand jury where the evidence would be considered in secret.

Finally, he could decide not to pursue the matter further if he didn't believe the evidence was there to convict Wilson.

Instead, McCulloch set up shop as Wilson's defense attorney behind the closed doors of the grand jury proceedings. For all intents and purposes he quit his job as prosecutor and concentrated solely on NOT doing what he was supposedly there to do, which was to get an indictment.

McCulloch's machinations created the impression that "the fix was in" -- because it was. His priority wasn't to do his job, or to reach the truth, or to serve justice. It was to exonerate Darren Wilson because, and only because, Wilson was a police officer.

McCulloch has a long and legendary record of bending over backward to ensure that no police officer is ever held responsible for his or her actions, even when those actions are clearly criminal.

Granted, his personal history plays a role. When he was 12, his father, a police officer, was killed in the line of duty. But that's no excuse. He's supposedly a prosecutor, but instead works tirelessly to exonerate accused cops, including the killers of two unarmed men at a Berkeley, Missouri restaurant in 2000.

Wilson may or may not be one of those rare bad apples we always hear about from defenders of police as such. McCulloch undoubtedly is. Stranger Fruit, meet rotten fruit.

Related Topic(s): Armed Police Killing People; Police Coverup; Police Officer Darren Wilson, Add Tags
Add to My Group(s)
Go To Commenting
The views expressed herein are the sole responsibility of the author and do not necessarily reflect those of this website or its editors.