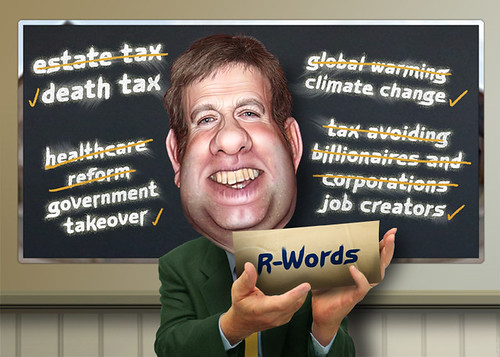 I'm writing this article to explain to readers what my thinking is. OpEdNews has been and will continue to be a very open site that allows a lot of room for discussion and questions. But I'm taking a top-down approach and cracking down on right wing rooted conspiracy theories and the very specific language associated with them.

It's hard not think that anyone who buys any of these is gullible. Do you buy any of the above? If so, you're probably You a lost cause and I'd be happy to sell you a bridge on Mars. But be aware that when you promote ANY of these messages, you are helping the right wing people and organizations who created them and gave them life.

Some Conspiracy Theories that are duping progressives

Now, the following theories are harder for some on the left who have been duped into actually helping the creators of the right wing rooted messaging AND the strategies behind those words and ideas.

People who buy, write about, promote or spread these messages are boosting and promoting right wing messaging.


Think you're a progressive but you are buying these messages? Then you may be, as I wrote in my previous article, a duped progressive serving right wing interests.

Related Topic(s): Conspiracy Theories; Spin Languaging, Add Tags
Add to My Group(s)
Go To Commenting
The views expressed herein are the sole responsibility of the author and do not necessarily reflect those of this website or its editors.