I am not suggesting that their equivocation is meant to deceive or mislead. Instead I believe this equivocation is desperate to draw a distinction between the lie, lie, lie and fake news presenters, to suggest that the Really Real news providers are presenting objective news. A plea for trust.

I don't need no stinking objective news...just the facts please. 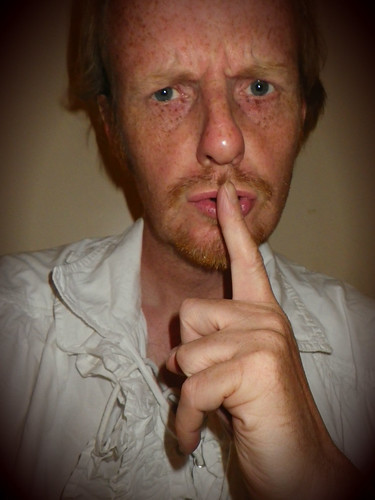 My crazy uncle Ron who lives in the attic and declares himself to be of libertarian stock, says of Venezuela and the Norte Americano thugs, "Now I don't think we should go around policing the world, doing sanctions and threatening other governments. I think we ought to be non interventionists, and allow other countries and the Venezuelan people to sort out their own problems. Of course I don't agree with the collectivist ideas and the socialism of the Venezuelan people, because we know socialism is wrong and has never worked." Thank you uncle Ron for undoing every libertarian bone in your head.

Or my other uncle Paeter who stands in the cross walk reminding us that he is conservative and that people who are enthralled with socialism have never lived in a socialist country like he has apparently as though this is justification for Venezuela to regimed. Or to add an additional insult that Maduro obviously doesn't know how to run an economy...all that free housing, Cuban doctors and cheap food is antithetical to the boom shakalaka boom shakalaka capitalist cycle and decades long deterioration and theft of labor pay and productivity. That friggin gap between the wealthy and the poor? Where in the f*ck does he think the wealth came from? Ask the Yellow Vests. Half the time right, Knucklehead.

Equivocation. What is it good for? What is the point of slapping a back handed blame on a country's people who have been targeted by a thuggish cartel who boldly states before the world that it wants that (socialist) country's oil and gold, refuses to pay for goods already received, and asks vassal across the Atlantic to not send back gold given to them for safe keeping, and that everything to create that eventual new regime is on the table?

It is a bitter bit to swallow that this is not my country. That I was lied to and duped into believing that it was...that it was a good country, well meaning and upholding international law and the right to self determination for other countries. Now I find it difficult to find the good anywhere, without the attendant suspicion and cynicism that have become my reality vetting companions.

Related Topic(s): Other; Stop These Wars, Add Tags
Add to My Group(s)
Go To Commenting
The views expressed herein are the sole responsibility of the author and do not necessarily reflect those of this website or its editors.